Project Goal: Restore conch populations within Lac and use this as the basis for the development of a sustainable conch fishery

Project OverviewLac Bay was once a popular spot for conch fishing because the bay was teeming with these marine snails; conch fishing was an important source of income for local fishermen and conch meat a popular ingredient of the local cuisine. As tourism grew on Bonaire, so did the demand for conch; conch meat became popular in restaurants, and its beautiful shell was a popular tourist souvenir. Despite legislation in place to protect conch, heavy fishing in the bay went on for too long and has now become unsustainable. Poaching is rampant and difficult to control because the bay is so large and remote. Recent studies indicate that the remaining conch population is small and made up of few breeding adults. 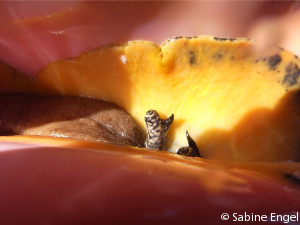 The Conch Restoration project in Lac Bay was part of a three-year initiative funded by the Dutch Postcode Lottery called “What If We Change”. The project was launched in August 2010 by the national park management organization STINAPA Bonaire. The project aimed to restore conch populations within Lac and use this as the basis for the development of a sustainable conch fishery.

There were three main components to this project: a media and outreach campaign, scientific research and legal enforcement efforts. 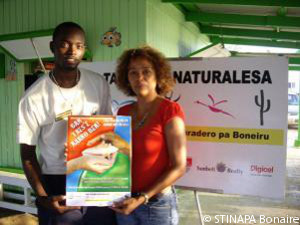 1. A media and outreach campaign was led under the slogan “Ban trese Karko bèk, Laga nan na pas – Pa mañan nos tin mas!” or in English: “Bring back the conch, leave it in peace so there will be more tomorrow!” The goal was to raise awareness amongst the local community of the importance of conch and the need for its protection. 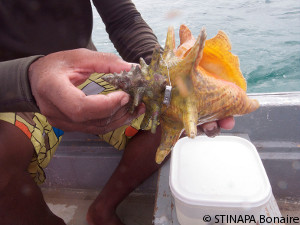 2. The scientific component of the program had two goals: to gather information on conch, and to better understand the different habitats of Lac and how these affect the survival of conch. 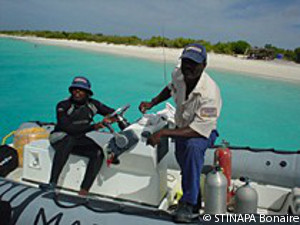 3. Enforcement was strengthened to reduce poaching of conch and to control conch imports. Conch is protected by island legislation and can only be fished with a permit; however despite the best efforts from the Marine Park rangers, poaching remains the most serious threat to a healthy conch population in Lac.

The Conch Restoration project in Lac Bay has been very successful: not only has the population of conch increased, but the project has confirmed that it will be possible to restore a viable fishery in the bay once the conch stock has recovered and poaching is better controlled. Some of the main successes of this project are listed below:

An Overview of Conch Restoration Priorities for Lac Bay, Bonaire

We ARE the World: Conch Restoration in Lac, Bonaire

What if we change...

An interactive view of the progress of ecosystem restoration. Report 2011

An interactive view of the progress of ecosystem restoration. Report 2013