The island of St. Maarten is famous for the fact that it is split in half. One half, St. Maarten, is an autonomous country within the Kingdom of the Netherlands; the other, St. Martin, is a French Overseas Territory. Physically, the west end is an atoll of low land surrounding a lagoon, while the east end is a range of conical hills. The island has white sandy beaches and numerous bays and lagoons.

The Nature Foundation is a non-profit organization located on the island of St. Maarten in the heart of the Caribbean. The foundation aims to preserve and enhance the natural environment of St. Maarten for generations to come.

This is the only designated nature park area of the island and hosts over 30 dive sites.
More Info >

Pay your nature fee to the parks 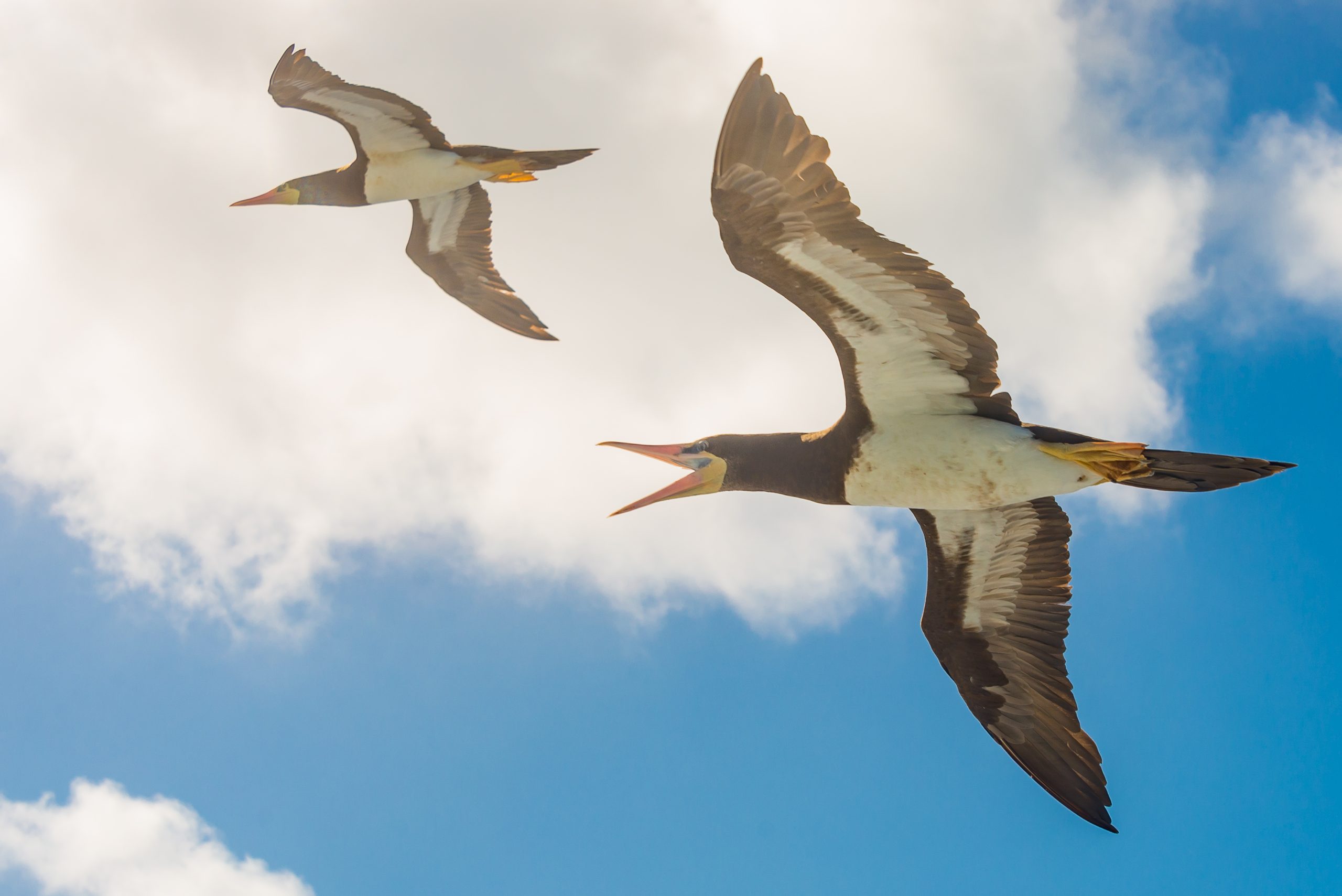 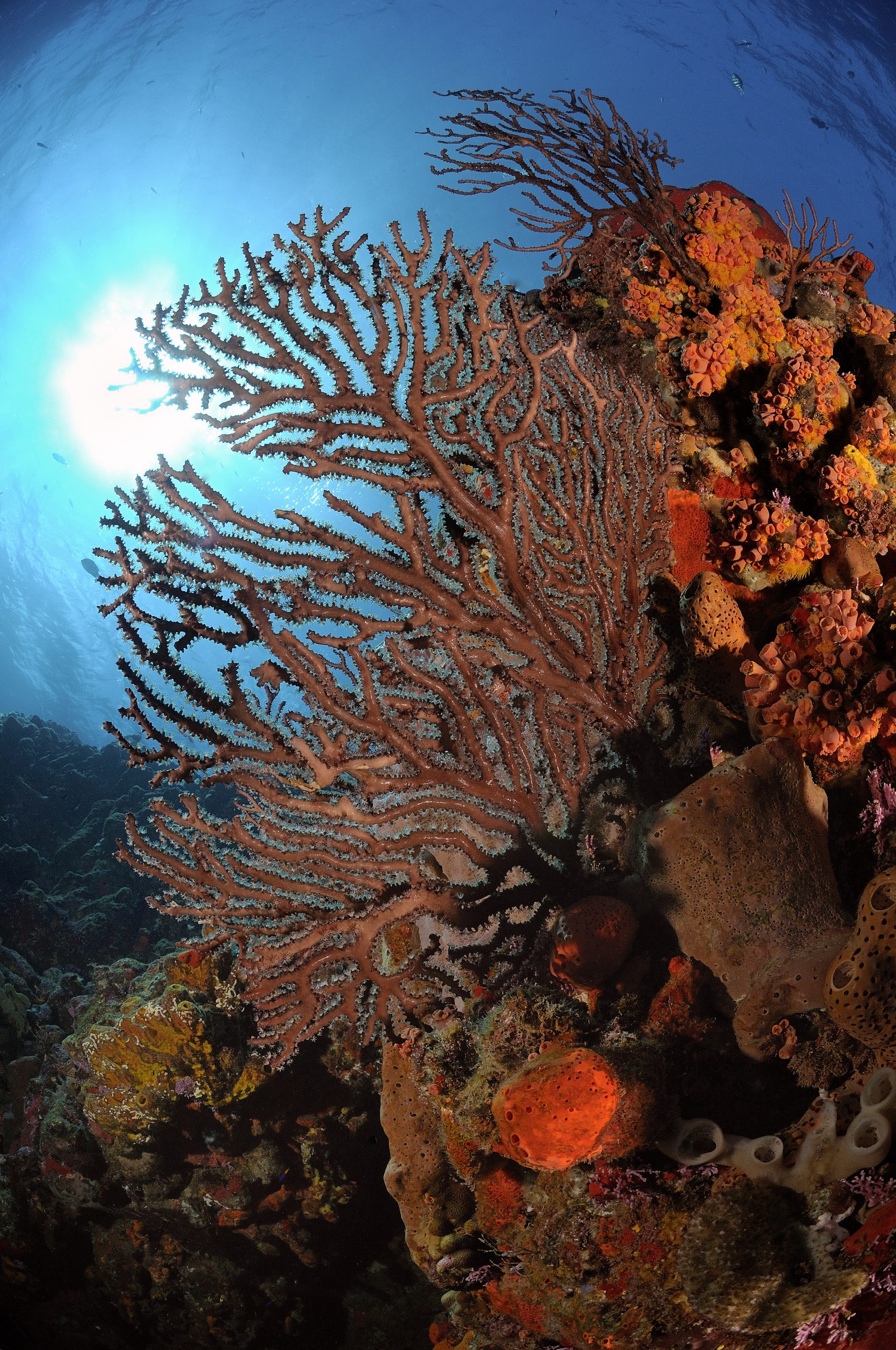 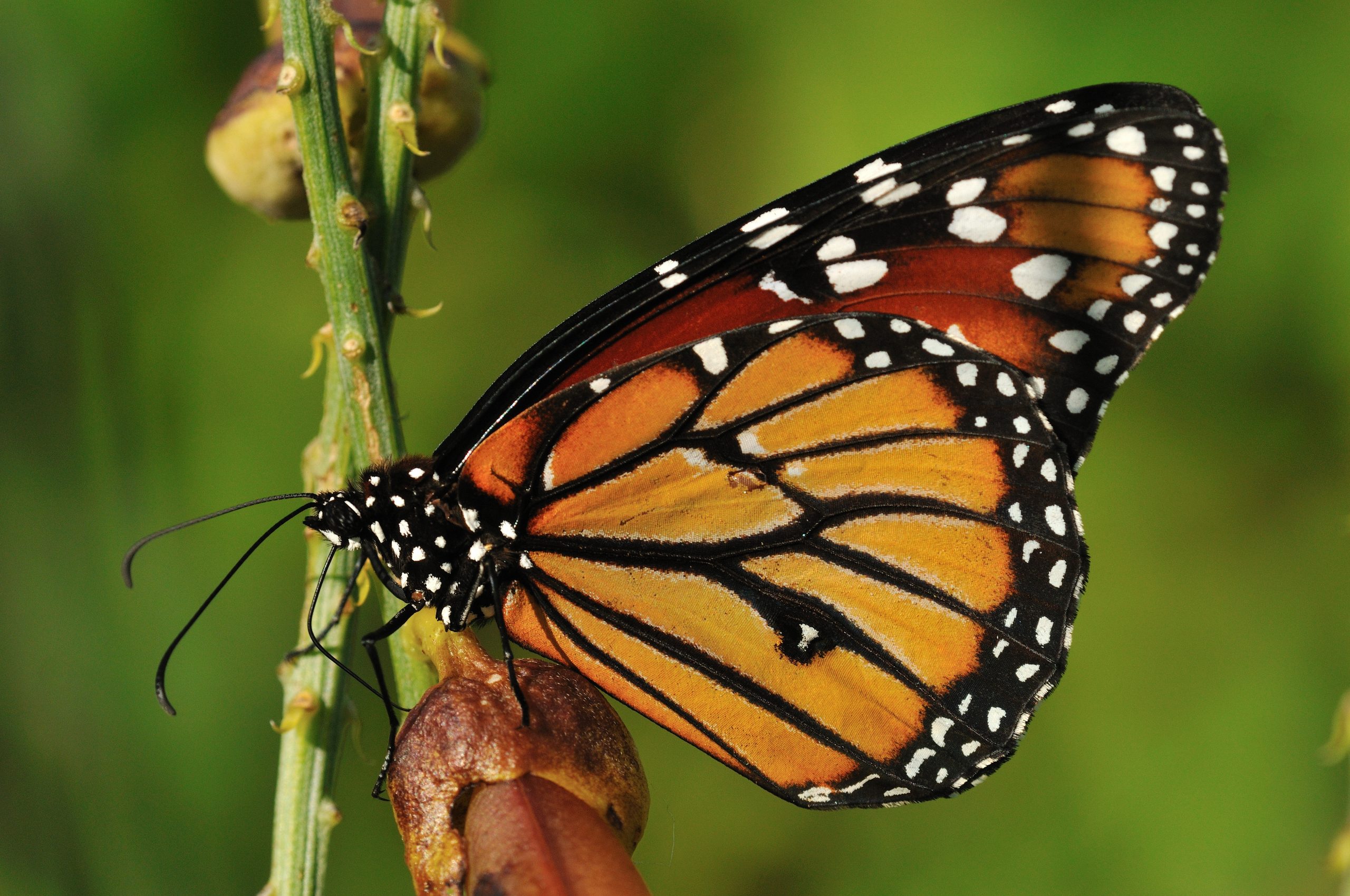 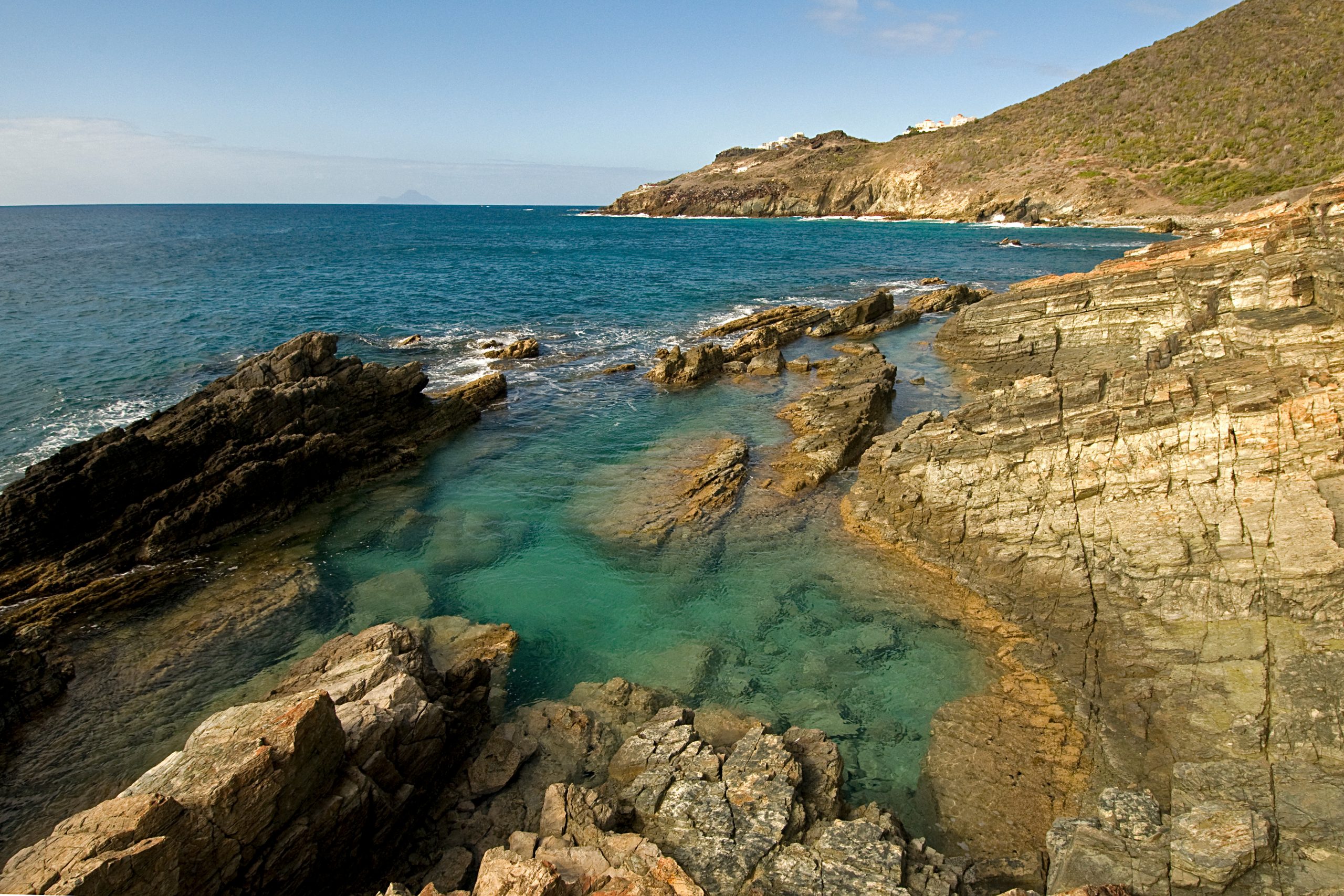 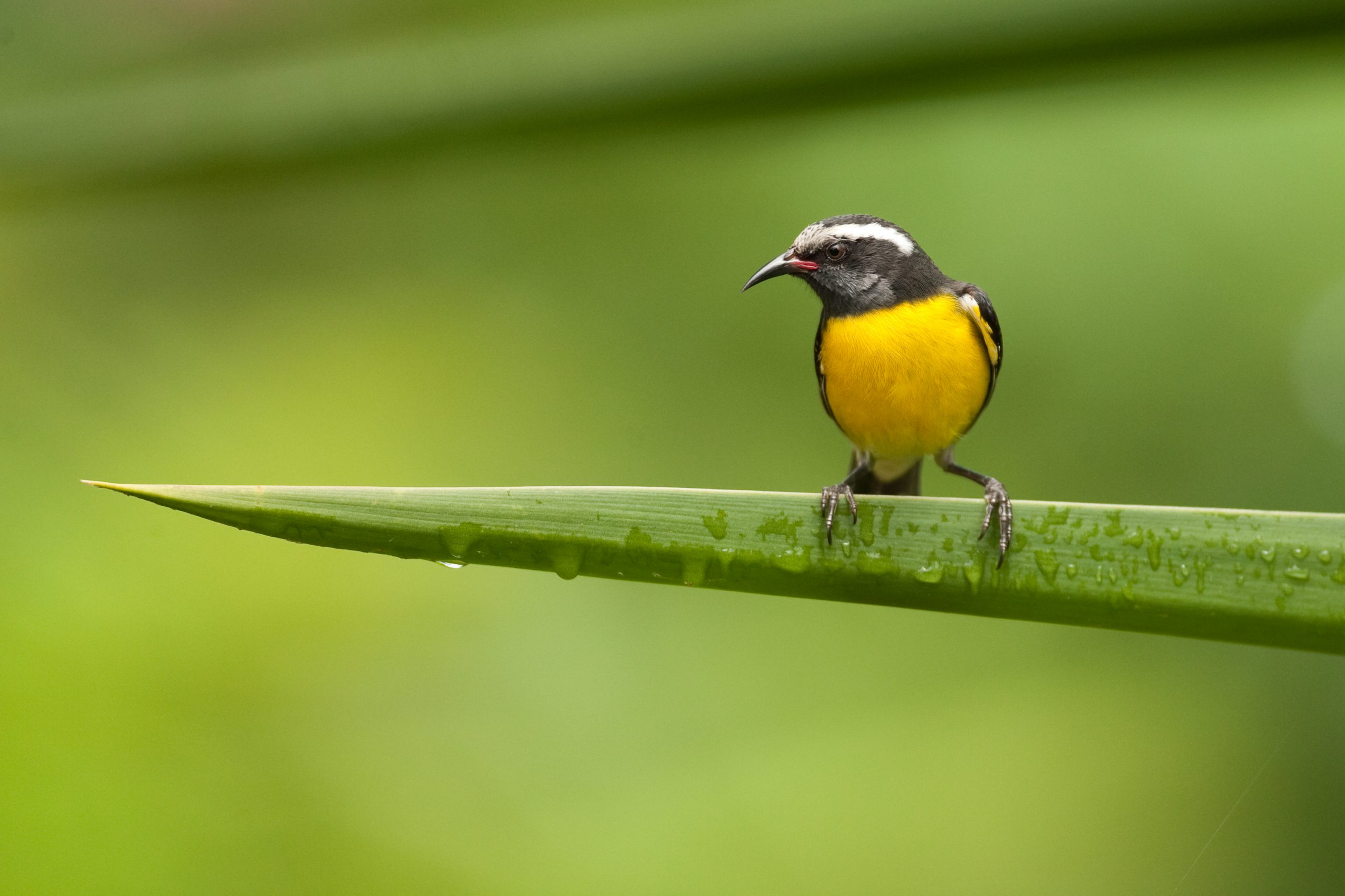 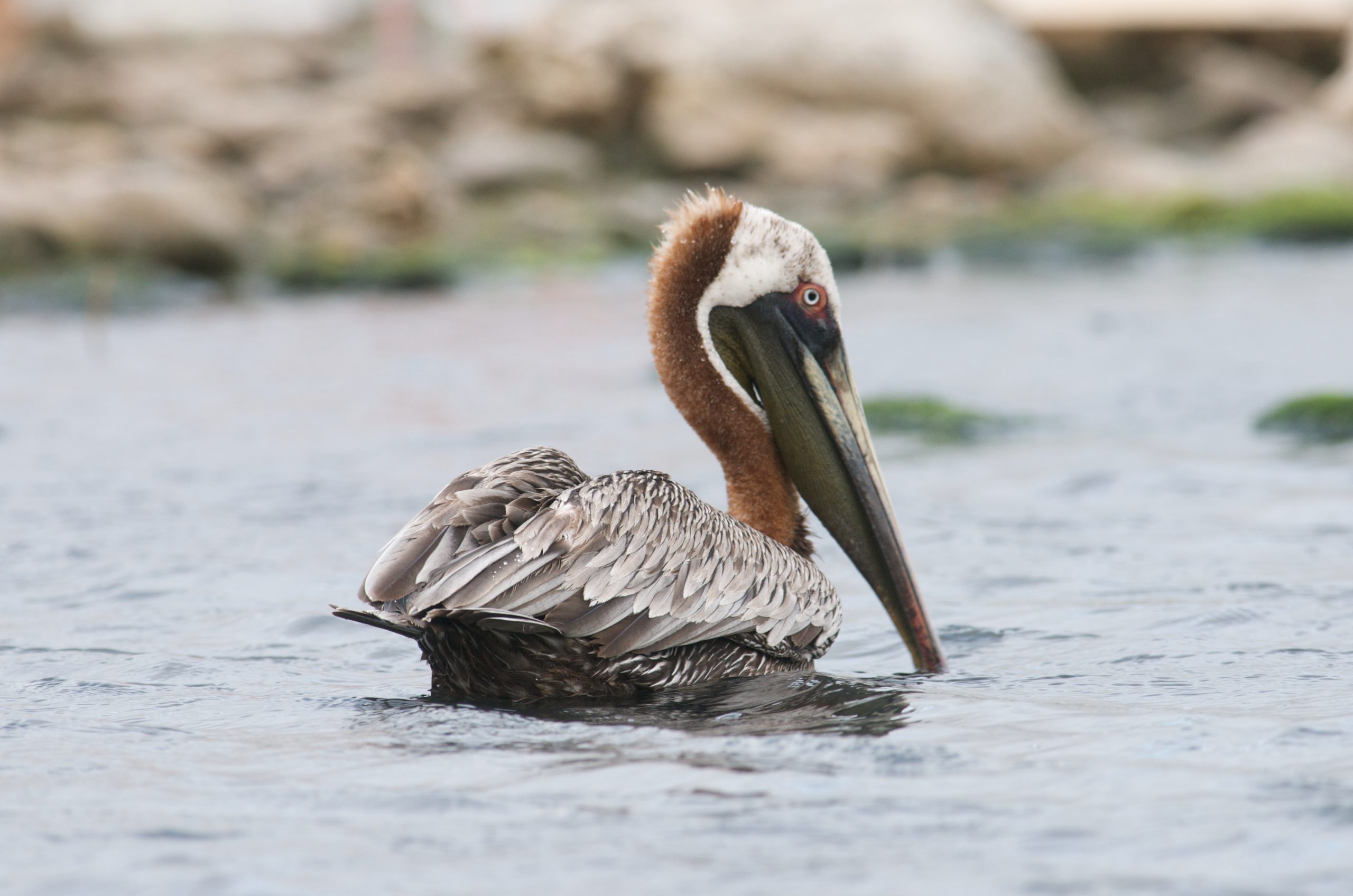 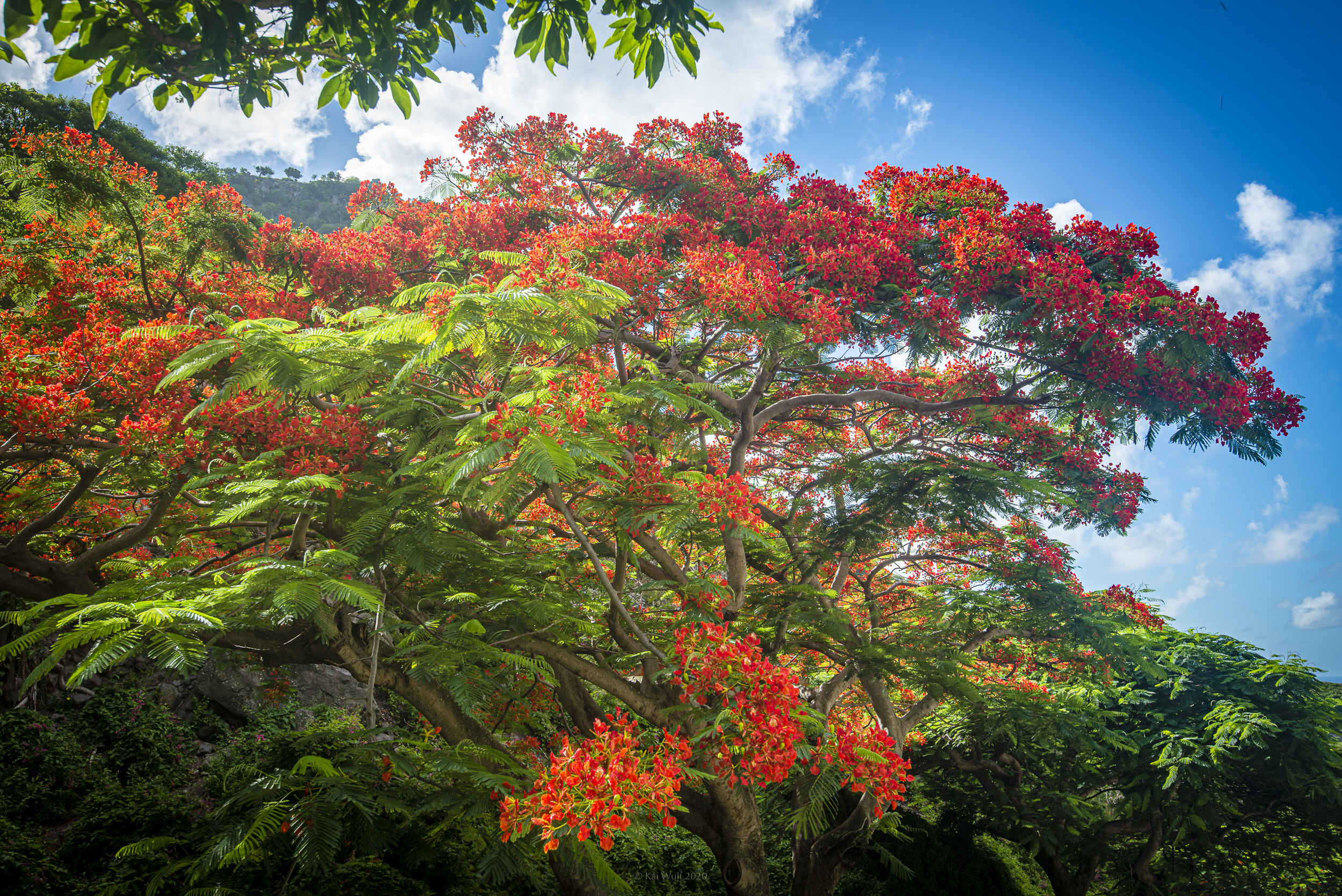 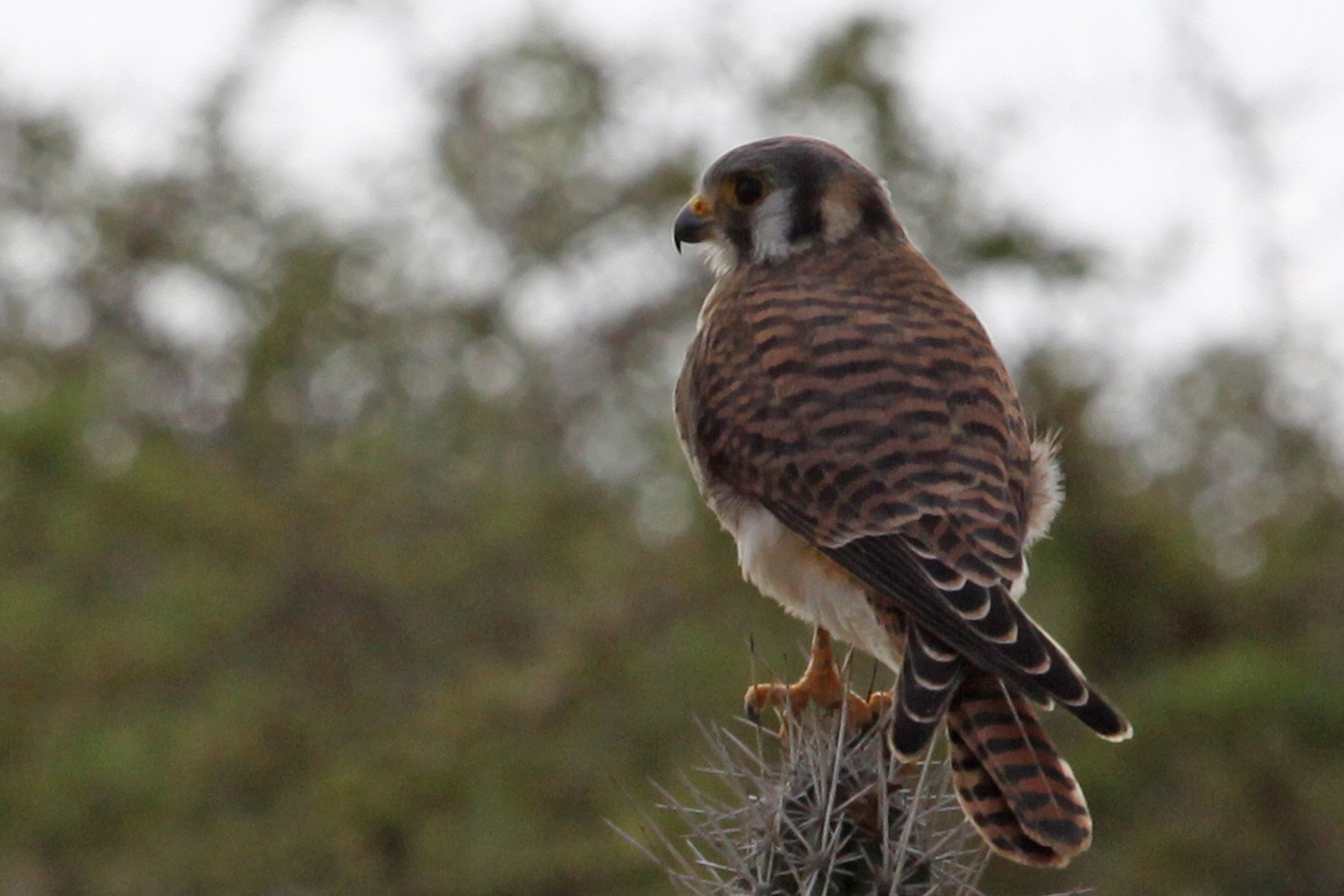 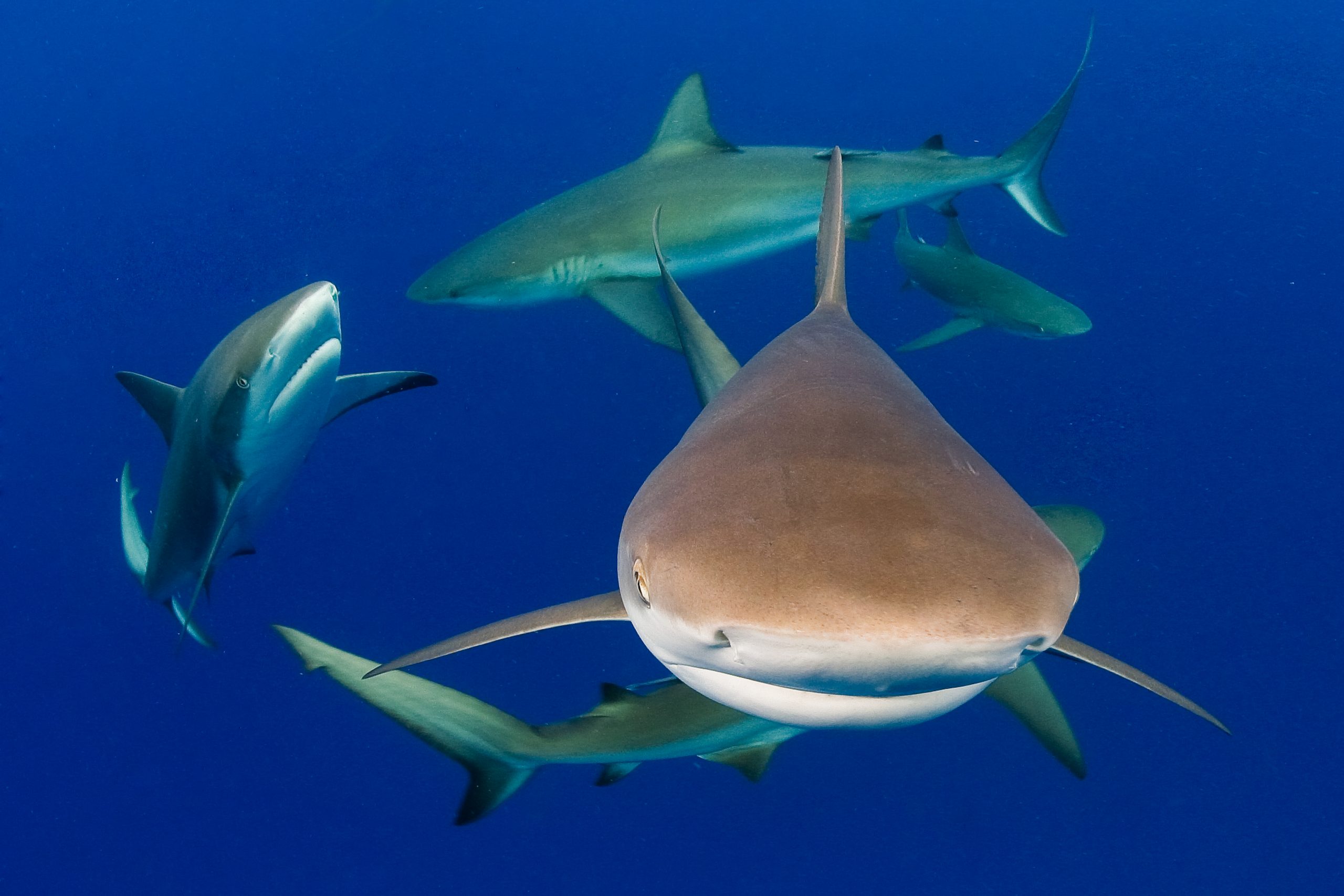 Environmental Protection in the Caribbean (EPIC)

An independent non-profit founded in 2000 with the mission of protecting the Caribbean environment through research, restoration, education and advocacy.
More Info >

Works to advance and celebrate knowledge of wildlife, ecology, and natural heritage with publications for people of all ages, locally and internationally.
More Info >

The Saint-Martin Nature Reserve is a marine protected area located northeast of the island of Saint-Martin. Created in 1998, this space preserves the five main ecosystems of the island: coral reefs, mangroves, phanerogam meadows, ponds and coastal dry forest.
More Info >

Waste2Work aims to create an inspiring environment in which sustainable local entrepreneurial activity and innovation are encouraged.
More Info >

At approximately 10:15 this morning during a marine park patrol Two(2) seemingly unauthorized boats were seen anchored within the marine park. Neither dive gear nor tourists could be spotted on the vessels which may have been illegally fishing in the area.

As the Park Ranger attempted to get in a closer proximity of the vessels they both took off in the direction of St Barths which ensued in a chase. A few pictures were taken however the vessels could not be identified.

The Nature Foundation would like to remind the public the following is 𝗣𝗥𝗢𝗛𝗜𝗕𝗜𝗧𝗘𝗗 in the Man of War Shoal Marine Park:
-𝗔𝗻𝗰𝗵𝗼𝗿𝗶𝗻𝗴
-𝗙𝗶𝘀𝗵𝗶𝗻𝗴 (𝗼𝗳 𝗔𝗡𝗬 𝗸𝗶𝗻𝗱)
-Discharging Waste or Chemicals
-Harassing Marine Life

If you witness any signs of illegal activity within the park including anchoring or fishing please contact the Coast Guard and the Nature Foundation immediately.

How could you not catch up to those slow moving boats? I’ve seen both those boats before. One is located in the lagoon near sandy ground bridge .

We would like to thank St. Maarten Nectar for their generous donation to our efforts as part of their Foundation Support Program!

Throughout 2021 St. Maarten Nectar donated a portion of their proceeds for certain products to four local foundations (one each quarter) including the Nature Foundation!

This program will be continuing in 2022! This year every time you purchase a 100% Natural Sunblock Lotion from Nectar (in store or online) 50% of the profits will be donated to the charity of that quarter.

Support this amazing local business by purchasing your reef-safe sunscreen and giving back to foundations working to make St. Maarten a healthier, safer, and more beautiful island! ... See MoreSee Less

The sea turtle nesting season of Sint Maarten has come to an end. A total of 10 confirmed nests were found on Dawn Beach, Oyster Bay, and Gibbs Bay during the weekly beach patrols. The Nature Foundation has found 128 hatchlings around or stuck in nests and released them into the ocean. Most of the sea turtle nests this season were from Hawksbill sea turtles. Since Hawksbill turtles lay an average of 150 eggs per nest, an estimated 1500 eggs were laid this season.

Sea turtle hatchlings lead tough lives from the second they hatch from their eggs. They start their lives buried alive in an egg chamber which can be up to around 70 cm/27.5 inches in depth depending on the species. The newborn hatchlings, which are smaller than the palm of your hand, dig themselves up to the surface of the nest. Here, many predators are waiting for them as they are easy prey. Common predators on Sint Maarten include crabs, birds, dogs and lizards. These predators are the reason all hatchlings hatch at the same time. If they leave the nest in big groups, the chance of survival is bigger compared to leaving the nest one by one.

If the hatchlings make it past the predators on the beach, they have to crawl to the ocean, which can be distances up to around 30m/100 ft depending on how big the beach is. Once in the ocean, hatchlings begin their journey in open waters to find food and grow. The hatchlings feed on small molluscs and crustaceans, hydrozoans, fish eggs and seaweed. During this period, they are still exposed to many predators like sharks and carnivorous fish. The hatchlings continue growing for 20 to 30 years until they reach maturity. Because of the many natural and human-induced threats hatchlings have to face, only 1 in 1000 reaches maturity.

Please be mindful to limit threats sea turtles face, like littering, boating at high speeds, and driving vehicles on the beach. If you encounter any sea turtle activity or injured sea turtles, please notify the Nature Foundation right away! ... See MoreSee Less

Welcome back to No Plastic Thursday with the Nature Foundation and In-No-Plastic! This week's post is about the plastic that gets consumed.

Now it is nearly impossible to avoid all plastic consumption. The average person consumes 70,000 pieces of microplastics a year, this is roughly the weight of a credit card! Not even scientists know exactly what foods have plastic in them and how much they may have. However, the top three sources of ingested plastic is water, salt and fish.

The water carries micro- and nano- plastics in the water system. Plastic water bottles (single and multi-use) leach nano-plastics into their water. Salt is also a large factor for ingesting plastic as nano-plastics bind with the sea salt and cannot be separated when evaporated.

As many people know, fish consume a lot of plastic themselves. They will often either accidentally eat a piece of plastic, or mistake it for their food source. These plastic then stay in their stomach and is there when they are caught, cooked and eaten.

As discussed it is early impossible to completely avoid ingesting plastics, and scientists are still learning about the negative health effects it may have. To limit the amount of plastic that is consumed by animals and humans, there will need to be a decrease in the plastic in our environment.

Check out our webpage naturefoundationsxm.org/education/in-no-plastic-project/ or our previous social media posts about how you can help decrease the plastic in our environment.

In-No-Plastic is a three-year project funded with a 7.4 million Euro grant to be distributed among all partners from the European Union H2020 research project. ... See MoreSee Less

Teachers and parents -- the Nature Foundation has a variety of free, locally-relevant teaching material resources for students, from elementary to high school age. Especially given current school lockdowns and work-from-home situations, consider downloading some of these materials to keep your students and children mentally engaged and occupied!

These resources include games, reflections, coloring pages, quizzes, presentations, videos, posters, crosswords, and infographics specific to St. Maarten. Learn about plastic pollution on-island, invasive wildlife and how it affects SXM, native plants and local remedies, what environmental or political scenarios might impact the health of our coral reefs, and more!

Having trouble accessing these free resources, or need a couple printed copies? Please contact us at education@naturefoundationsxm.org with questions or comments! We are committed to ensuring these materials are available to St. Maarten youth. ... See MoreSee Less

Calling all schools! The Nature Foundation, due to the current Covid-19 status, is able to pursue our school presentations online until we are able to plan for future presentations in person.

In-No-Plastic focuses on innovative approaches to preventing, removing, and reusing marine litter. In the presentations, our staff discusses the importance of reducing plastic and the effects it has on our environment. Included in the presentations are activities for the students such as Kahoot Games and quizzes to tie it all together.

A significant portion of the In-No-Plastic project is dedicated to education. All schools, classes, ages, groups, and organizations are encouraged to request information about the presentations on plastic waste and related topics.

In-No-Plastic is a three-year project funded with a 7.4 million Euro grant to be distributed among all partners from the European Union H2020 research project.