Environmental Protection in the Caribbean (EPIC), in partnership with the Saba Conservation Foundation (SCF), recently completed an island-wide survey for the Audubon’s Shearwater on Saba.

The Audubon’s Shearwater, also known locally as the Wedrego, is Saba’s national bird and it’s displayed prominently on the island’s crest. It is notoriously difficult to survey the Wedrego due to its secretive behavior and the steep and dangerous terrain it favours. This seabird spends much of its time out at sea, feeding out in the ocean during the day, and only returning at night to its breeding grounds on Saba and other islands, where it is believed to nest in underground burrows or similarly concealed locations.

This work was funded by Vogelbescherming Nederland (BirdLife Holland), and is part of a collaborative to learn more about the birds that make their home on and around our islands.

Historically, surveys on Saba for the Audubon’s Shearwater have only been successful at determining the continuing presence of Wedregos on island, but it has been difficult to locate nest areas, flight paths, and populations.

This work aimed to fill in some of those gaps. In conjunction with SCF this EPIC-led expedition, used RADAR, to monitor the status and distribution of of Audubon’s Shearwaters (Wedrego) on and around Saba. Biologists spent seven days in mid-December searching for and monitoring shearwaters.

Adam Brown, a Senior Biologist with EPIC and the expedition leader said, “EPIC has recently had great success using radar with the endangered Black-capped Petrel in Haiti. The black-capped petrel is very similar to the Audubon’s Shearwater in that they both come inland at night and nest underground, making traditional survey methods very difficult, particularly in steep areas”. Using RADAR to census Saba’s shearwaters was proposed almost three years ago at the DCNA-led biodiversity conference, and a recent SCF/DCNA collaboration with EPIC has made this idea a reality.

The team surveyed most of the island including Wells Bay, The Bottom, Windwardside, Hell’s Gate, and Sulphur Mine. Shearwaters were detected at all surveyed locations and over 450 birds were recorded. Shearwaters were found to fly up numerous valleys on the island towards prominent cliffs.

Kai Wulf, SCF’s Parks Manager, said regarding the work, “Locals are very concerned about the status of their national bird and relieved to hear that there still is a lot of activity. However, we are wary about the impacts of invasive predators, specifically feral cats; and it is important to continue monitoring developments and keep up efforts to reduce threats to the vulnerable local seabird nesting colonies.”

“This is an excellent example of the kind of partnership between conservation organisations, which DCNA is proud to support,” said DCNA’s Executive Director, Kalli De Meyer. “It uses emerging science to give us new insights into these elusive and iconic birds, addressing a need identified in our Biodiversity and filling another gap in our knowledge about the birds on our islands.” 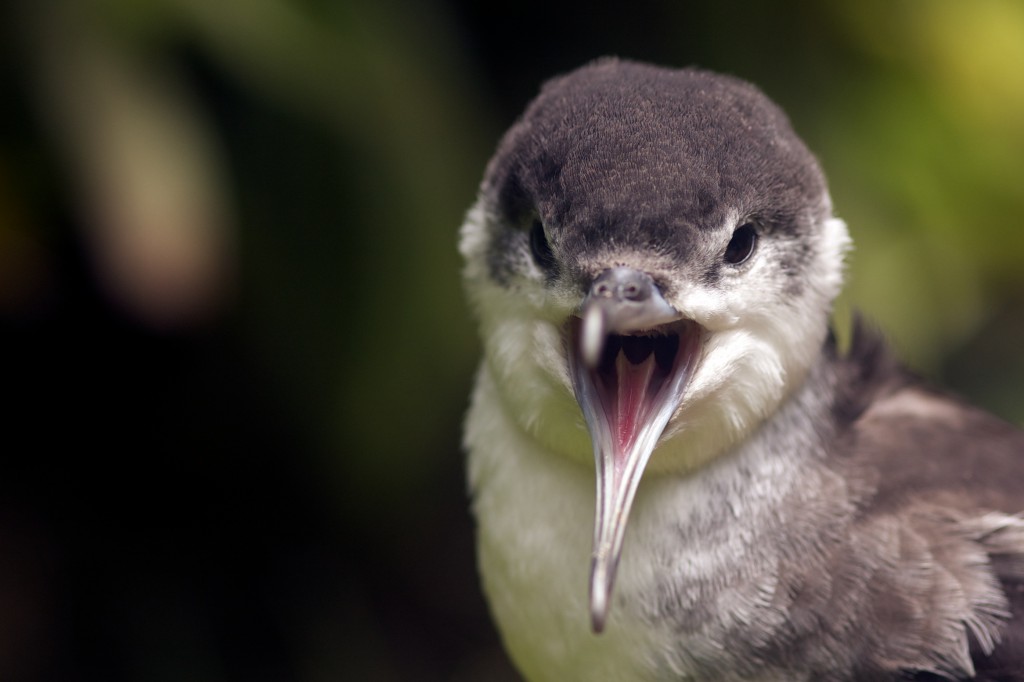 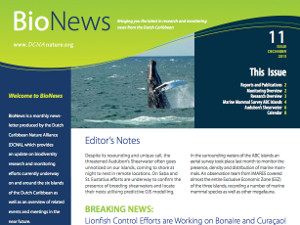 State of Birds in the Dutch Caribbean