Shark week in the Dutch Caribbean …

Some examples of the activities which took place on our islands during and after shark week at the end of August 2015. 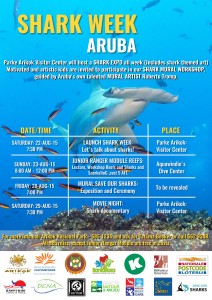 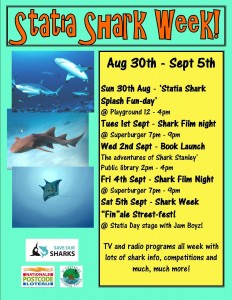 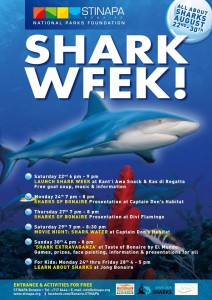 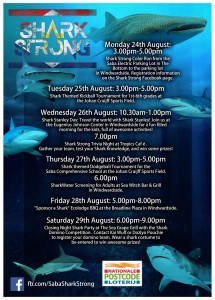 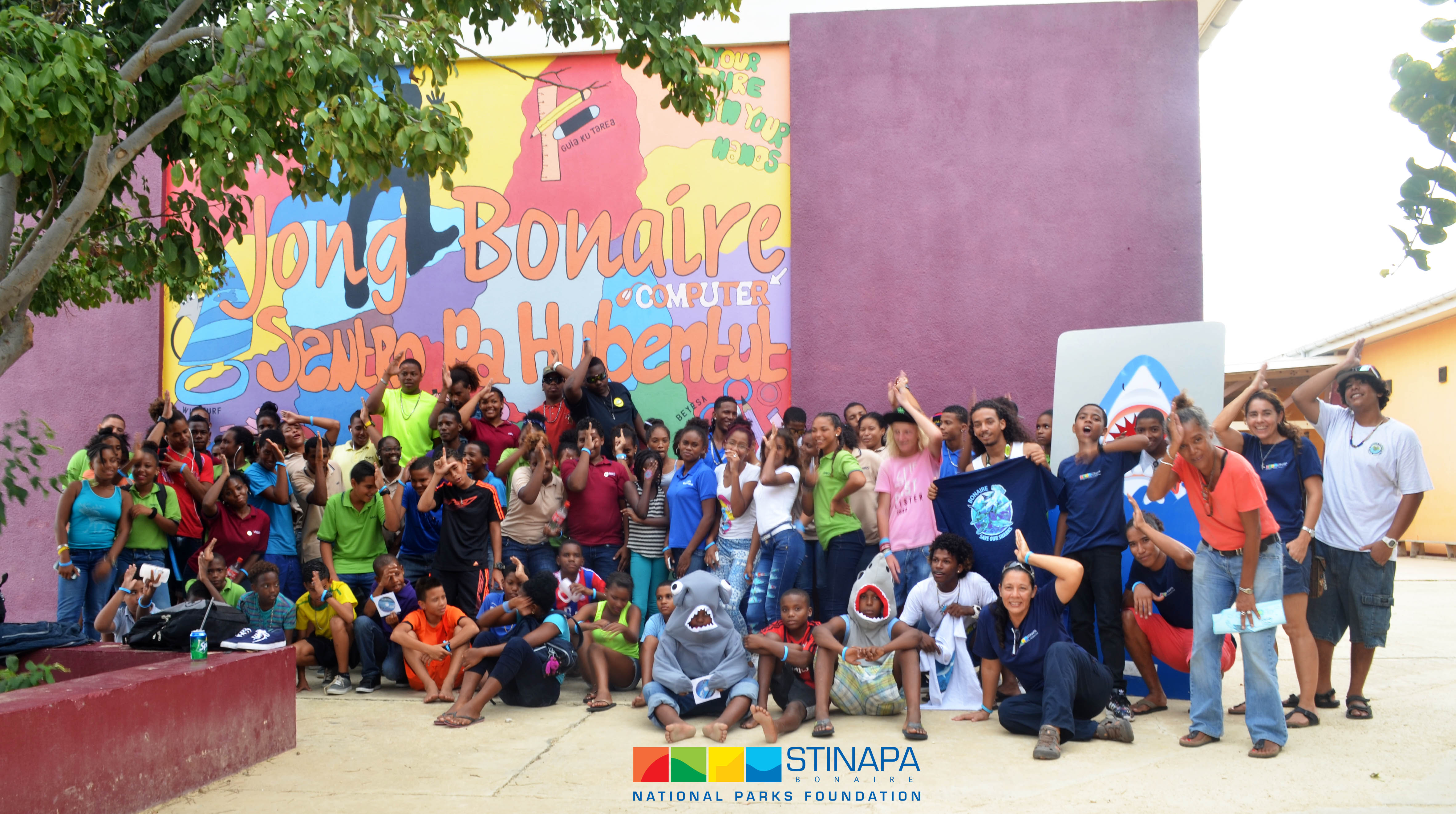 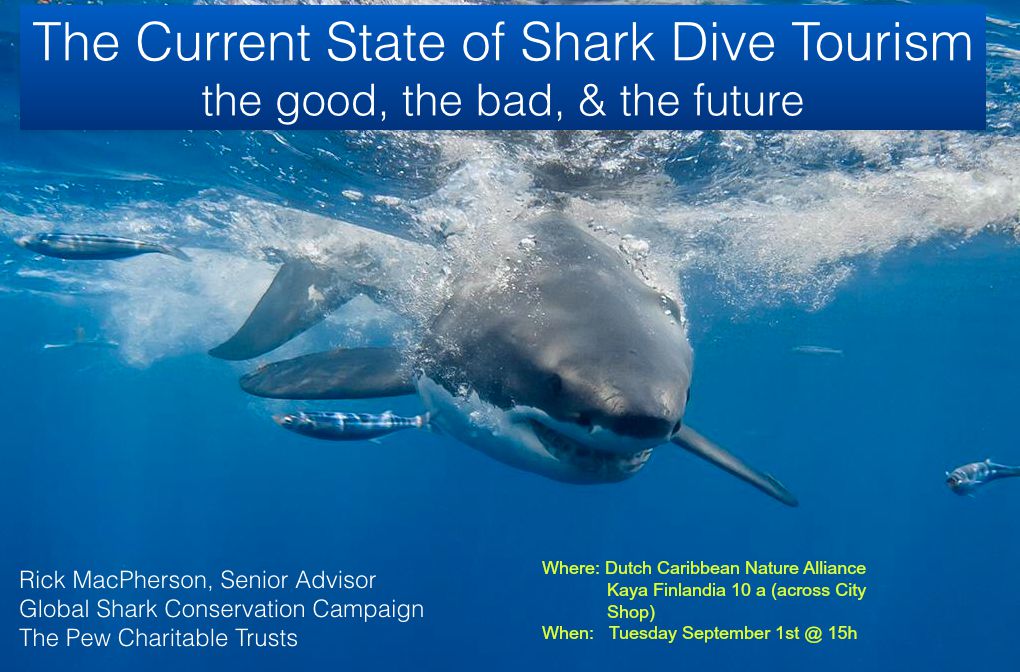 Shark week in the Netherlands …

The Netherlands part of the Save Our Sharks project was launched at Oceanium of the Blijdorp Zoo Rotterdam on Wednesday the 26th of August with presentations on sharks, DCNA and the campaign and the reading of Dutch translation the children’s book The Adventures of Stanley the Shark and Friends to two classes of a local school. 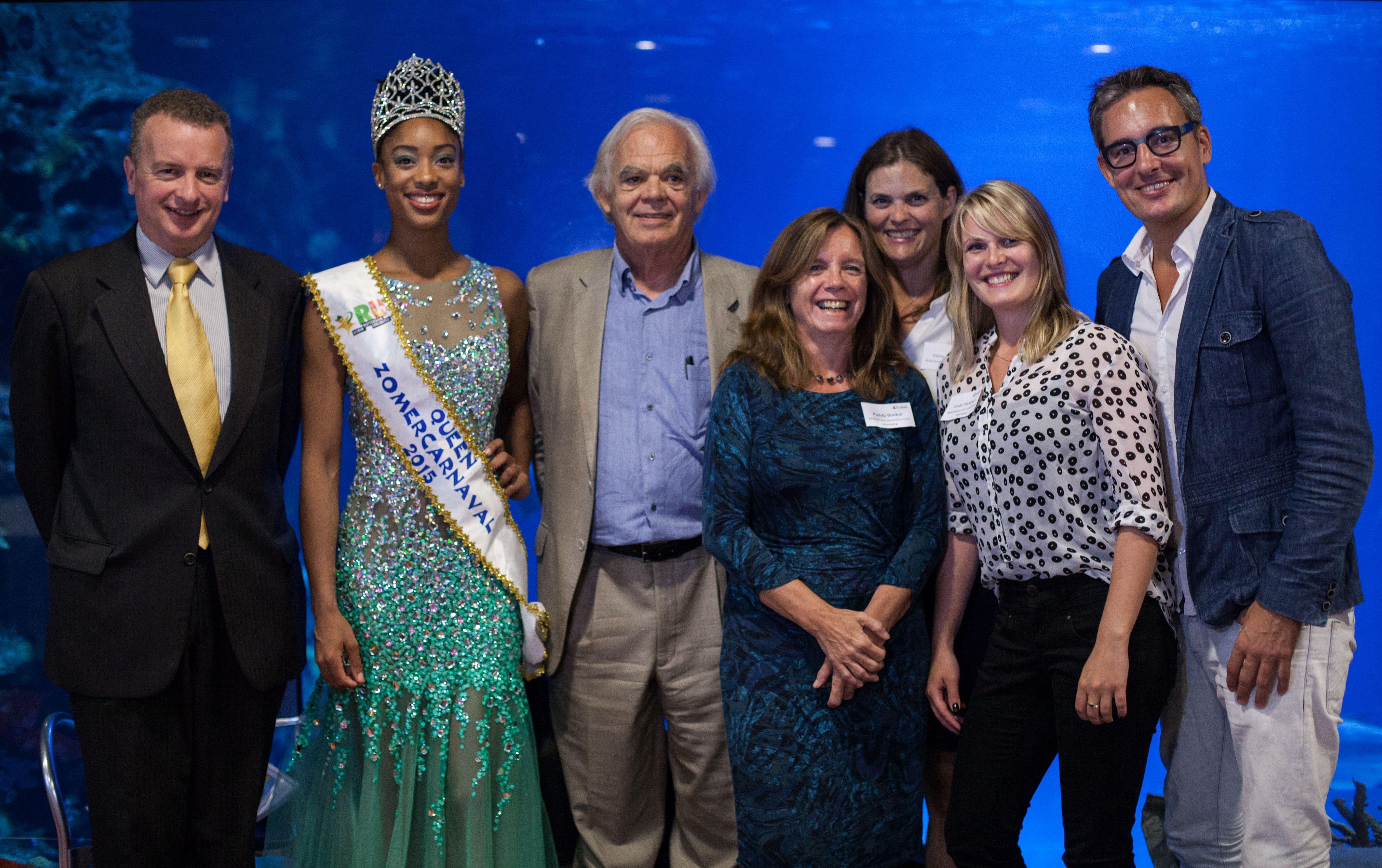 The Save Our Sharks project of the Dutch Caribbean Nature Alliance (DCNA) was launched at Rotterdam Blijdorp Zoo on Wednesday with a presentation and the reading of the children’s book The Adventures of Stanley the Shark and Friends to two classes of a local school.

“Sharks are the cleaners of our oceans. They keep our reefs healthy. Yet, they are an endangered species and must be protected,” said Ron van der Veer of DCNA at the opening ceremony conveniently held in the Shark’s Room at Blijdorp’s Oceanium in the presence of at least ten sharks that were swimming by in the adjacent huge aquarium.

DCNA’s Save Our Sharks project came about through a donation of the Dutch National Postcode Lottery, which made 1.5 million euros available for three years to set up programmes on all six Dutch Caribbean islands. Associated events will take place on the islands this week. The book Shark Stanley and Friends by Ben Goldfarb, Leah Meth and Dan Yagmin Jr., will be distributed on the islands in English, Papiamentu and Dutch.

The Save Our Sharks programme’s objectives are three-fold, explained Van der Veer. “Firstly, scientific research, because we don’t know enough about these majestic animals. Secondly, PR and education involving schools, fishermen and diving schools about why sharks are so important and how to deal with them. And, thirdly, more focus on legislation and upholding of the laws to protect this species. We want more and better control of the illegal fishing of sharks,” he told this newspaper.

Why this project? Sharks are not only an essential part of the fragile sea eco-system, but also because they are an important factor in dive tourism on the islands. “Divers love to see sharks,” said Van der Veer. “Sharks are very special animals. They have been around longer than dinosaurs.”

The Rotterdam school children present at Wednesday’s event were eager to learn more about sharks. They bombarded children’s ambassador and journalist Tako Rietveld, who was sitting their midst, with questions. The children could hardly believe Rietveld’s explanation that sharks are not that dangerous as many think. Most sharks eat fish and are not out to attack humans.

Together with 2015 Rotterdam Carnival Queen Whitney van Ommeren, Rietveld read the Stanley the Shark book to the children, also much to the delight of the many adults who enjoyed the relaxed atmosphere and the sight of the sharks, sea turtles and many Caribbean fish swimming in front of them. 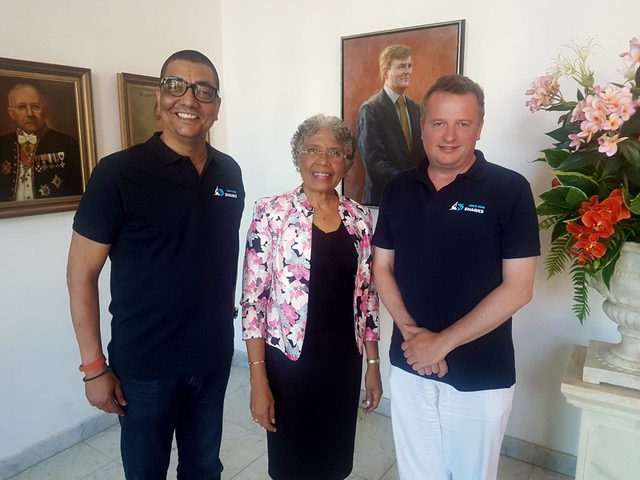 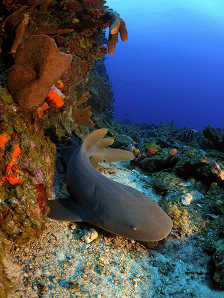 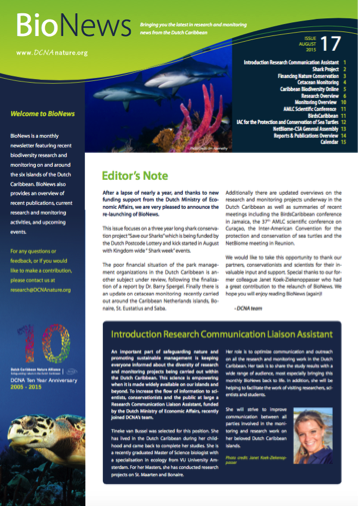