Seagrasses are marine flowering plants that can reproduce both sexually (through flowering and subsequent seed formation) and asexually (through clonal growth). Sexual reproduction increases genetic diversity, resilience and dispersal success of seagrasses. A recent study discovered that the first report of sexual reproduction of a successful invasive seagrass was incorrect, and therefore released a new field guide to improve future determination. 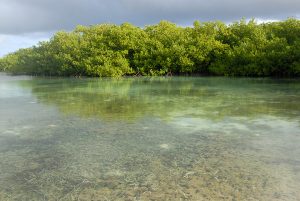 The invasive seagrass Halophila stipulacea originating from the Red Sea and Western Indo-Pacific, has been successfully invading the Mediterranean Sea since 1894 and the Caribbean Sea since 2002. It was shown to outcompete native seagrass species and affect local ecosystem functioning.

In this new paper, WUR PhD candidate Fee Smulders found that so far, only male flowers have been described of the successful invasive seagrass species H. stipulacea in the Caribbean Sea. Female flowers and fruits have not been reported. This means that fragmentation and fast clonal growth may be the only factors explaining its current success, without genetic adaptation capacity. This needs to be taken into account in further studies studying H. stipulacea expansion.

In-depth monitoring of reproductive structures in invaded seagrass meadows, both in the Mediterranean and the Caribbean Sea is important to assess further invasion potential.

Because the fruits and flowers of  H. stipulacea have been misidentified in the past, we have developed a field guide with a dichotomous key, to take into the field and easily identify the various structures by eye. We call upon (citizen) scientists to keep an eye out underwater when they are in the Caribbean, to be able to predict future invasion success of this species.

The field guide can be found in the supplementary material of the paper, and reports can be made in the online global database www.seagrassspotter.org.

Or check the field guide directly in the DCBD: 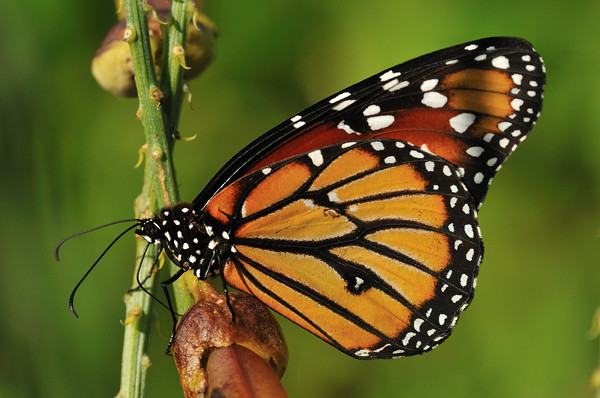