Wageningen University and Research and the University of Applied Sciences Van Hall Larenstein researchers have recently identified two new nonnative reptiles on Saba. The smooth-scaled tegulet and Brahminy blindsnake are both able to reproduce asexually, so their populations could expand quickly. Understanding the impact of their introduction will be key in protecting the biodiversity of Saba.

The island of Saba is home to five native species of reptiles, one snake (red-bellied racer) and four lizards (Saban anole, Saban black iguana, Saban least gecko, and the turnip-tailed gecko). Recently, two additional non-native species were identified, the smooth-scaled tegulet (Gymnophthalmus underwoodi) and Brahminy blindsnake (Indotyphlops braminus).  Exactly how these two species arrived on Saba is still unknown, however its likely they hitched a ride over from St. Maarten, since almost everything that arrives on Saba must go through St. Maarten first. 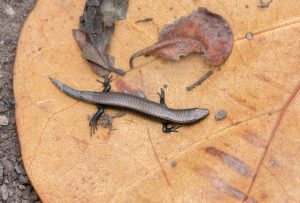 The smooth-scaled tegulet (Gymnophthalmus underwoodi) has been identified across the island and was first spotted in May 2020. Researchers from Wageningen University and Research and the University of Applied Sciences Van Hall Larenstein were able to capture five individuals from a variety of different life stages. These lizards have been observed on over 50% of the island, in habits which vary between gardens, dry forest and rocky slopes.  The wide spread dispersal of this species suggests it’s been on the island for a while.  These populations are expected to continue to increase as these lizards are very quick to reproduce.

More recently, a local resident has encountered at least two different Brahminy blindsnakes (Indotyphlops braminus) in her garden along the Windward side between May and July of 2021. Although no other observations have been made, this species is widely introduced on neighboring islands, so it’s presence on Saba is not surprising. Although there are currently no known documented native blindsnakes on Saba, it is possible for these species to go undetected, as was recently noticed on St. Eustatius with the discovery of the native blindsnake (geomotus) in 2020.

There had previously been two known nonnative amphibians and reptiles on Saba, so the addition of these two now doubles that list. Furthermore, currently 40% of all terrestrial reptiles and amphibians on Saba are nonnative species. Although direct competition between these two new species and native species is not expected, invasive species are considered among the top drivers of biodiversity loss and ecosystem change around the world. Understanding and addressing this issue will be key in preserving the unique biodiversity on Saba.

If you happen to spot either one of these new reptiles while on Saba, you can report it on https://dutchcaribbean.observation.org. This is a free website and app which allows local citizens to report sightings of important plants and animals. These tools are available in over 40 languages and can be used by biologists and citizens and tourists alike. Species reports by local communities are invaluable for nature conservation efforts to help increase public awareness and overall species protection. 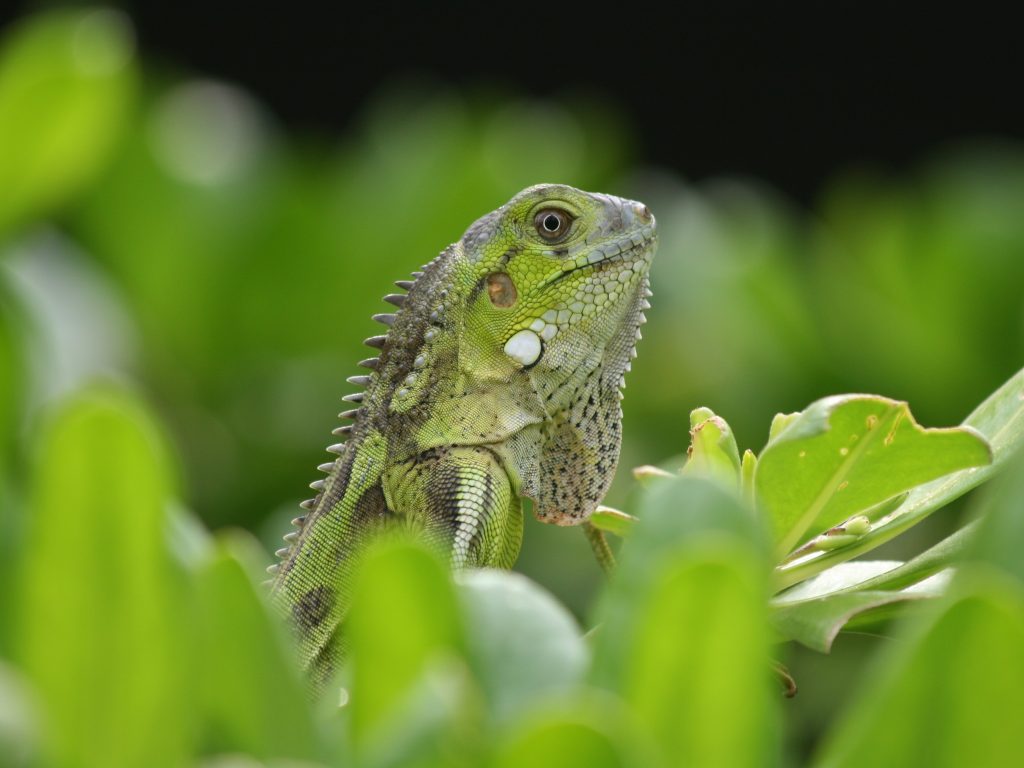