The Dutch Minister of Agriculture, Nature and Food Quality, Carola Schouten, has officially opened the new Dutch Caribbean Nature Alliance office during her working visit to Bonaire, together with Island Governor Edison Rijna. DCNA made use of the opportunity to request urgent attention for the conservation of ‘the Kingdom’s unique backyard’. The six Dutch Caribbean islands are known for their beautiful and diverse nature, and it’s conservation has not been sufficiently addressed. The current support from the Netherlands is mainly aimed at the BES islands, but nature knows no borders, according to the DCNA. That is why it is of the utmost importance that the Kingdom supports all six Dutch Caribbean Islands and includes all six islands in nature conservation plans and projects. 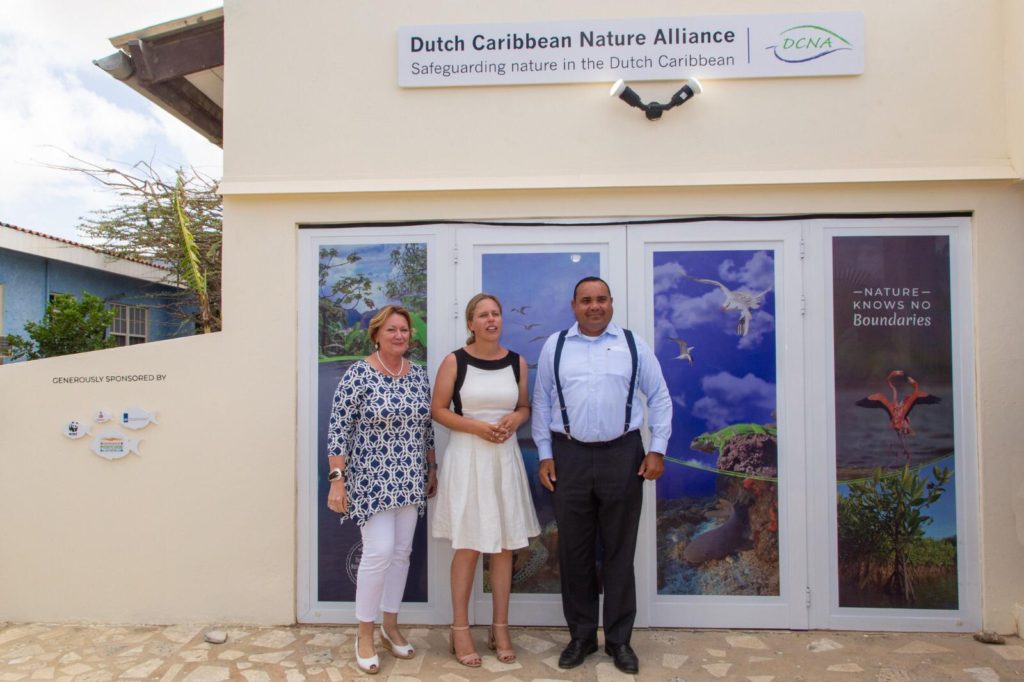 DCNA is honoured that Minister Schouten and Island Governor Rijna recognize the importance of DCNA’s regional partnership and that they opened the office on Thursday September 5. The meet and greet with DCNA’s employees, the management as well as with DCNA’s new director, Mr. Tadzio Bervoets, was very pleasant.

Distress call for support to all islands

The collaboration of the six Dutch Caribbean islands, as part of DCNA, is unique for the Kingdom according to DCNA’s chairman Hellen van der Wal during her speech. That is also why she finds it very regrettable that support coming from the Kingdom makes a separation between the BES islands on one hand and Aruba, Curaçao and Sint Maarten on the other hand. ‘’Every island has its own unique natural habitats, but faces the same challenges to keep them protected. Climate change, deforestation, overfishing, sargassum, construction and the effects of tourism are only a few examples: we’re all affected by it. It’s vital to work together and learn from each other. It is especially strange that the Kingdom, which connects us, creates a separation when it comes to cross-border problems.

Minister Schouten reacted in an affirming and supporting manner: ‘’Your organization is undeniably pointing to the natural treasures that the Dutch Caribbean harbors, and you’re warning us about potential threats, because climate change, modern life and tourism have an alarming impact on these natural habitats. My ministry willingly cooperates with this professional and creative organization. The DCNA is a versatile organization: you do not only improve communication and expertise of the nature parks, but you also do fundraising for specific projects.”

Island Governor Edison Rijna reacted by stating as follows: “Our ecosystem, including its coral reefs, is unique in the world. Our joy as Bonaireans is double: we live in it and it contributes to our economy, through tourism. All the more reason to be very careful with it.”

After the speech, the book on the Yarari Reserve made by the DCNA and commissioned by the Dutch Ministry of Agriculture, Nature and Food Quality, was handed over. The Yarari reserve includes Bonaire, Saba and Sint Eustatius’ territorial waters, in which sharks and sea mammals are protected. Just like many other species, sharks and sea mammals do not know borders. To be able to provide effective protection, cooperation with other geographical areas is of great importance. That is why the book offers knowledge on the species of all six Dutch Caribbean islands.

A television program on nature about the results of the ‘funds for nature’ projects in Bonaire was proudly released as well. These projects, at the behest of the public entity Bonaire and in cooperation with local organizations, were financed by the Dutch Ministry of Agriculture, Nature and Food Quality. On behalf of the ministry, the DCNA created a television program on nature to, among other things, share the results of coral restoration, reforestation and agriculture projects with the population.

Time to invest in nature and the environment

The DCNA is looking forward to continue its activities from its new office to support and strengthen all six Dutch Caribbean islands’ natural parks while they’re working to complete the same joint mission: protecting biodiversity and sustainable nature conservation, under as well as above water. In this case, the same rule applies to every island: investing in nature and the environment is not a luxury, but a vital investment in the wellbeing of the inhabitants and the future. 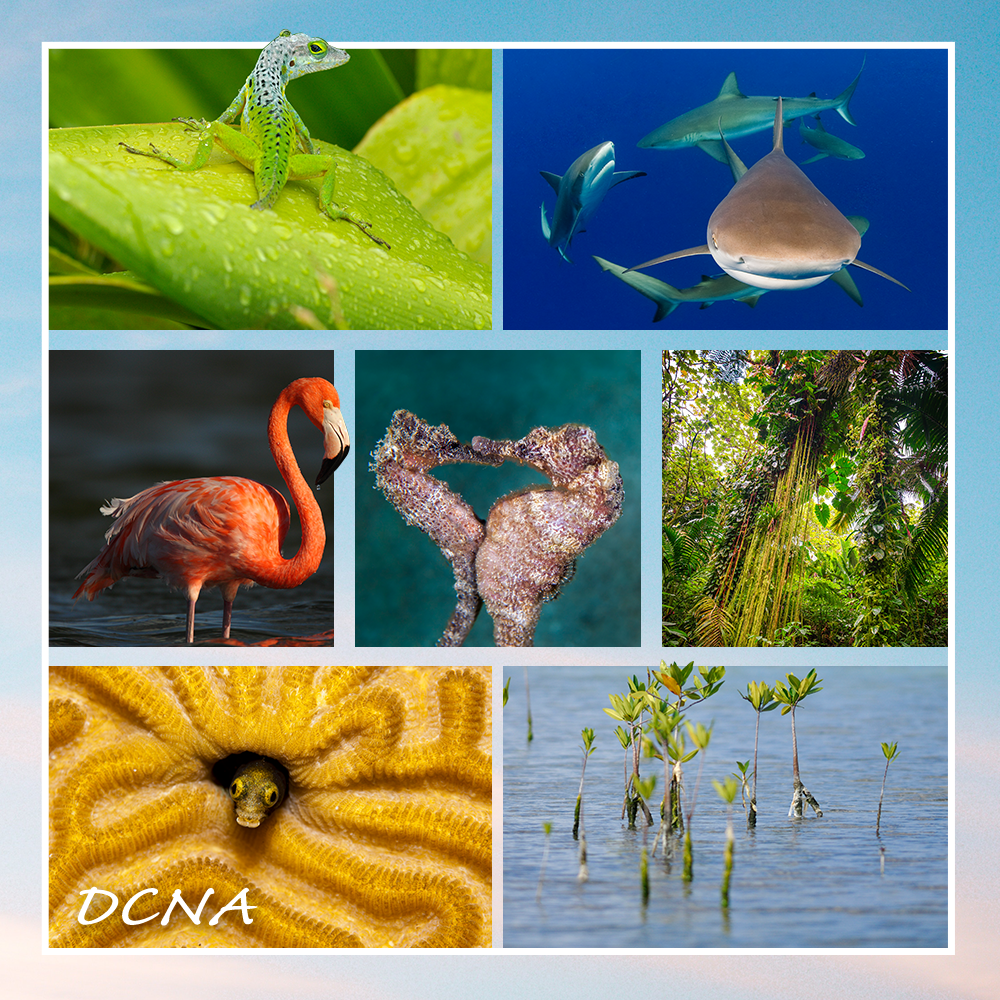 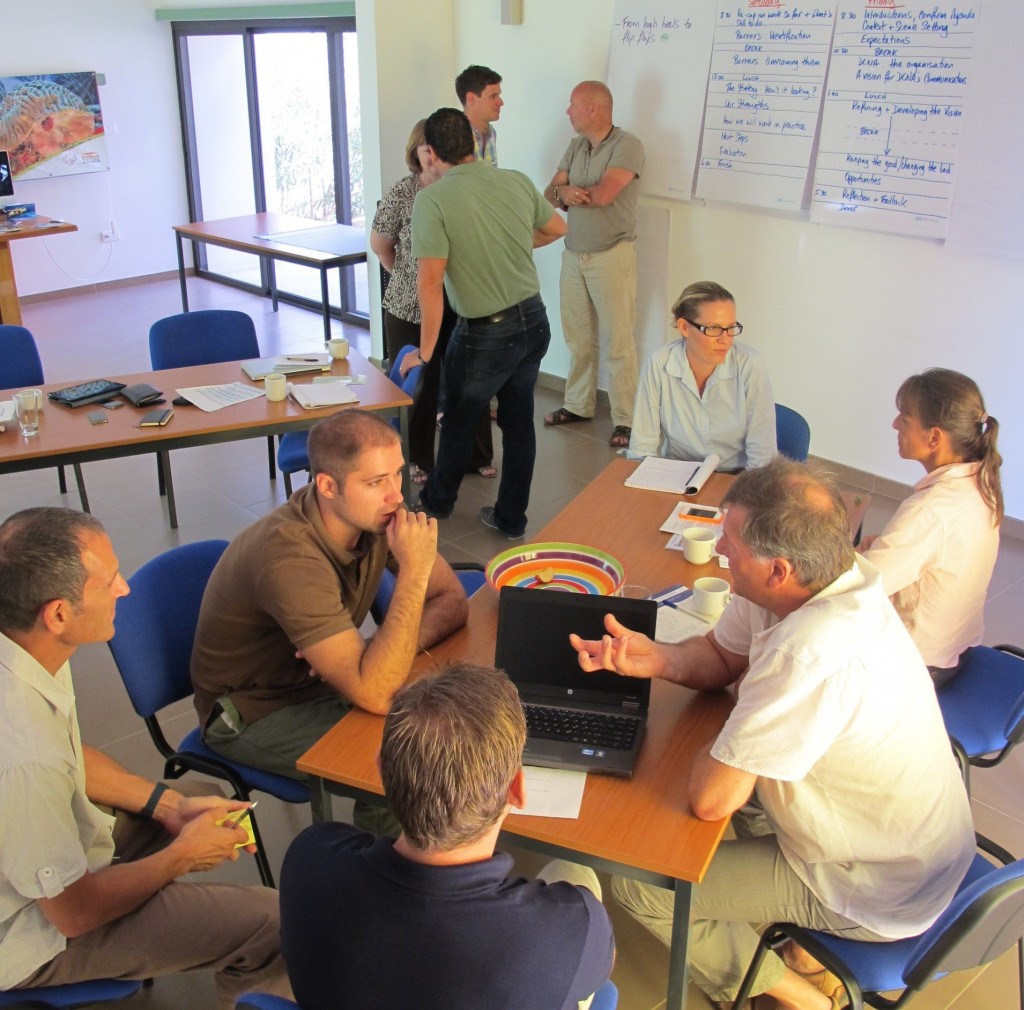