On 23-24 April 2014, UNEP-CEP organised a regional meeting on the spatial management of marine mammals. This meeting was a direct follow-up to the “Inter-regional Workshop on Broad-Scale Marine Spatial Planning and Trans-boundary Marine Mammal Management”, held in Panama City, Panama, on 21 – 24 May 2012

The meeting in San Juan was attended by three representatives for the Dutch Caribbean, i.e. Jimmy van Rijn (Saba Conservation Foundation), Tadzio Bervoets (St. Maarten Nature Foundation) and Dolfi Debrot (Wageningen IMARES). The meeting was organised by the Regional Activity Center for Specially Protected Areas and Wildlife (SPAW-RAC), part of UNEP-CEP, Guadeloupe. Financial support was offered by the Government of Spain through their voluntary contribution to the SPAW program, stemming from their long-term involvement and support for development of Latin America.

Cetacean conservation in the Wider Caribbean and tropical South American region has grown greatly in recent decades. Cetacean sanctuaries are being established and the sustainable whale watching industry continues to grow. Island nations more and more recognise the great economic potential that cetaceans represent within the context of tourism as a primary regional industry. Ambitious new initiatives for the establishment of marine protected areas include several initiatives in Puerto Rico and the British Virgin Islands, a trans-boundary project between Puerto Rico and the U.S. Virgin Islands, and a multinational tropical Pacific initiative led by the Costa Rican NGO MARVIVA. All parties involved recognise the need to establish a network of linked protected areas conserving key habitat for cetaceans throughout the Caribbean region. This follows from the fact that, without exception, marine mammals represent widely migratory species that make use of widespread areas for different critical functions during the course of their long life cycles.

The Dutch Caribbean waters are also home to a rich and diverse cetacean fauna, of which most species are internationally endangered or protected, or both. Consequently, their conservation and collection of key biological information from these poorly known species is a major priority for the Netherlands, not only in the Dutch Caribbean but also in European and international context. The overall goal of the meetings on scenarios for trans-boundary marine mammal management in the Wider Caribbean is to assist implementation of the Convention on Biological Diversity Programme of Work on Protected Areas. The project also directly supports implementation of Marine Mammal Action Plans of the Regional Conventions of UNEP´s Regional Seas Programmes for the Wider Caribbean (Cartagena Convention) and the Southeast Pacific (Lima Convention). The involvement of The Netherlands follows from the fact that it is signatory to the Cartagena Convention which is the main legal framework for implementation of the CBD convention goals in the marine environment of the Caribbean.

In the 2012 meeting, the eastern Caribbean island chain, which St. Maarten, Saba and St. Eustatius are part of, were identified as a key region of priority due its exceptional regional concentration and diversity of cetaceans. During the 2014 meeting a new Marine Spatial Planning (MSP) approach was presented and initial modelling results based on 2 years of research were discussed and evaluated.

Key conclusions were that using the MSP approach of overlap analysis several marine areas of key cetacean concern were identified. These were a sequence of areas stretching along the island chain from Turks and Caicos south to Barbados and Grenada. Local importance of any specific area for wide-ranging species can only be defined in regional context. This means that Caribbean-wide data are of key importance at the local level. Such information can only be obtained through joint cooperative projects. Hence, it is critical for any national research program should contain a major component of international collaboration.

The meeting concluded with the statement that protecting whales forces humans to collaborate across national boundaries. 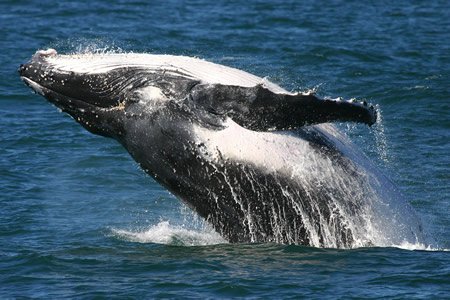 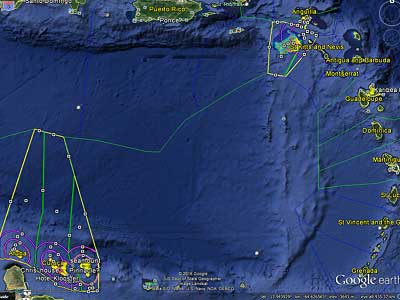