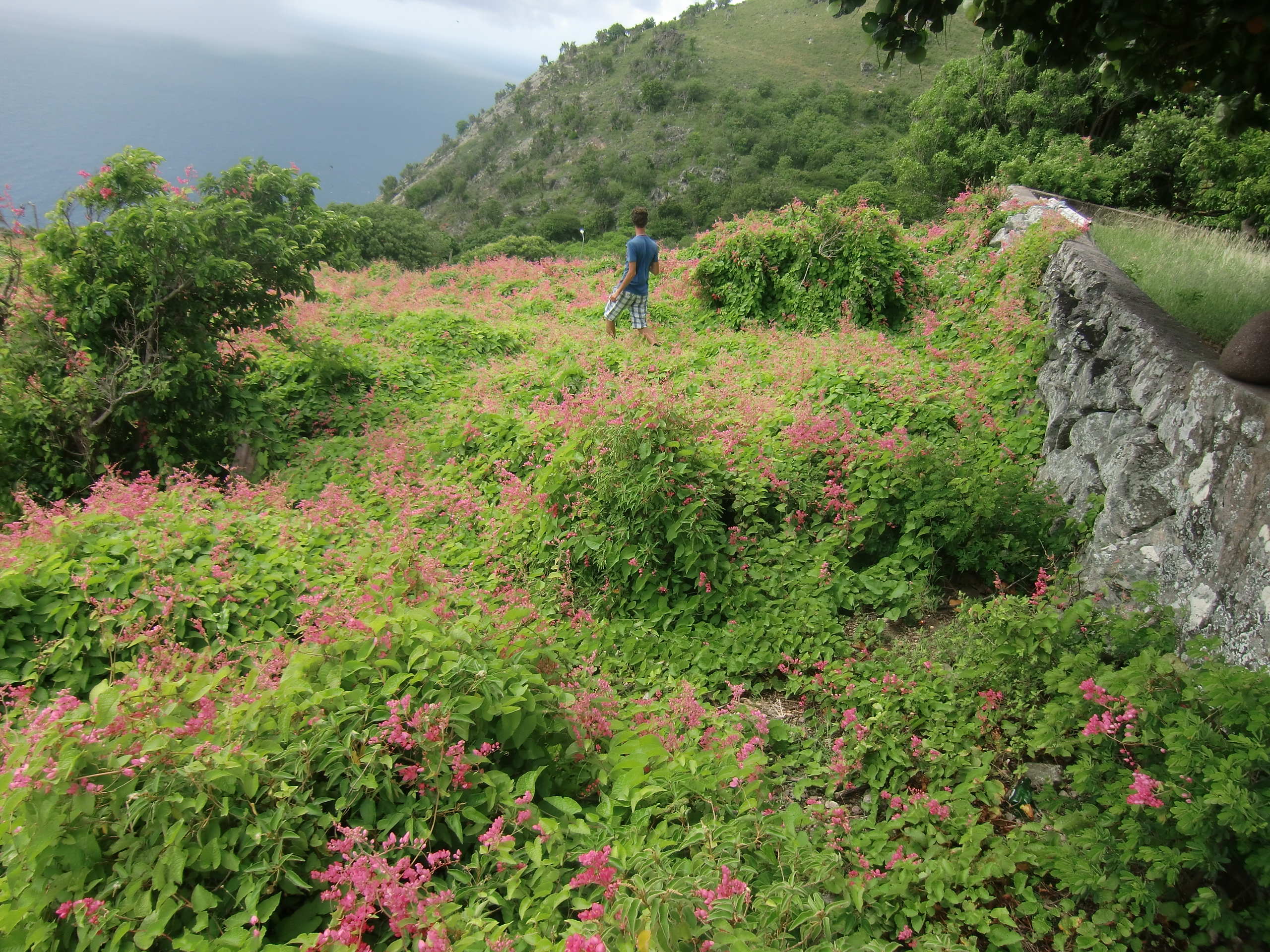 The recent arrival of the lionfish (Pterois volitans and Pterois miles) in the waters of the Dutch Caribbean has been a harsh reminder of just how rapid and extensive the damage caused by an alien invasive species can be. Since their arrival on Bonaire in 2009, lionfish have become firmly established and they now pose a significant threat to the island’s native reef and fish populations

Also the spread of the West Nile virus (WNV) since it’s initial detection in 2001 and the recent outbreak of chikungunya (CHIKV) in 2013 throughout the Caribbean are health threats of the same phenomenon. These viral diseases, which can be extremely debilitating, are mainly transmitted to humans by infected mosquitoes.

Fortunately not all introduced (exotic) species are successful and of those that do survive, not all are problematic. Those few introduced species, which do become widespread and negatively impact the local biota are referred to as “alien invasive species”. It is well known that alien invasive species are one of the major causes of biodiversity loss globally and that islands because of their high biodiversity and small size are especially vulnerable.

The impact of these invasive species ranges from a nuisance factor (roadside weed species) to posing a serious threat to public health (mosquitoes and rodents). Some cause major ecological damage and economic harm. The introduction of the boa constrictor on Aruba, for example, has put at risk one of the world’s rarest species of rattlesnake, the Aruba Island Rattlesnake (Crotalus unicolor) or “cascabel”. Introduced cats and rats on Saba and St. Eustatius are threatening the islands’ regionally significant nesting population of Red-billed Tropicbird (Phaethon aethereus) by preying on the birds’ eggs and chicks. The impact of goats and other large grazers on the islands’ native vegetation has been disastrous and caused a slew of problems, ranging from loss of species to erosion and sedimentation and making the islands increasingly vulnerable to the predicted effects of climate change. 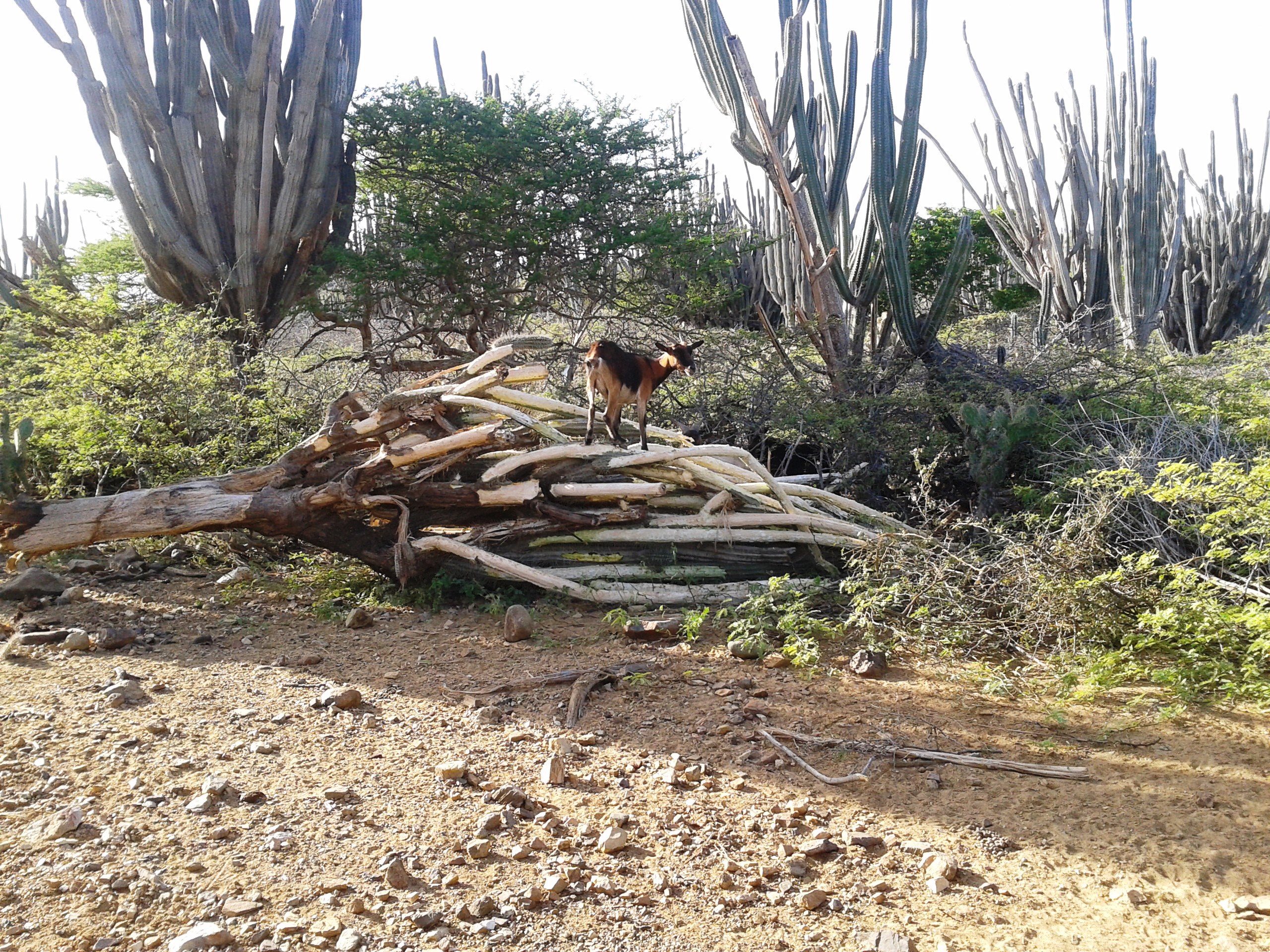 Commissioned by The Dutch Ministry of Economic Affairs (EZ), IMARES and Plant Research International (PRI), with extensive local dialogue, jointly developed an outline for a pro-active strategy for the management and prevention of invasive species within the Dutch Caribbean.

Surveys and on-island discussions revealed that most organizations in the Dutch Caribbean are aware of the problem and are willing to help combat issues caused by invasive species through the provision of staff, equipment and facilities. However, for any program to be successful there needs to be more public awareness about the issues, political support and enforcement.

On Bonaire the study found that the most damaging invasive species are free ranging goats. On Saba and St Eustatius the list of deleterious invasive species continues to grow and includes most recently Giant African Snails on St. Eustatius and rabbits and guinea pigs on Saba.

The study recommends that the issue of invasive alien species needs to be tackled through a three-tiered approach: prevention of entry, rapid response, and control and mitigation. Both legislation and capacity to implement this approach are currently lacking.

The recommendations for the development of an invasive alien species strategy for Caribbean Netherlands are based on: