Dahlia Hassell-Knijff is a nature ambassador and no stranger to the Dutch Caribbean islands. A native of Saba, Dahlia Hassell-Knijff graduated as a Biologist for her BSc and later received her MSc in Aquaculture and Marine Resources Management. After completing her bachelors, she joined the Saba Conservation Foundation as the Saba Bank Officer, which was mainly focused on conducting fisheries monitoring and marine research projects on the Saba Bank. Though Dahlia’s work was mainly on the sea, her ambitions evolved into guiding the youth of Saba to become nature ambassadors through environmental education programs and after school activities.

Dahlia steps into the role as Project Officer at the DCNA where she will combine her experiences with a unique local touch into projects for the Dutch Caribbean islands. She inherently understands the value of environmental education as a fundamental tool for the youth to grasp the importance of nature and looks forward to developing this tool with DCNA. Dahlia is based on Saba. 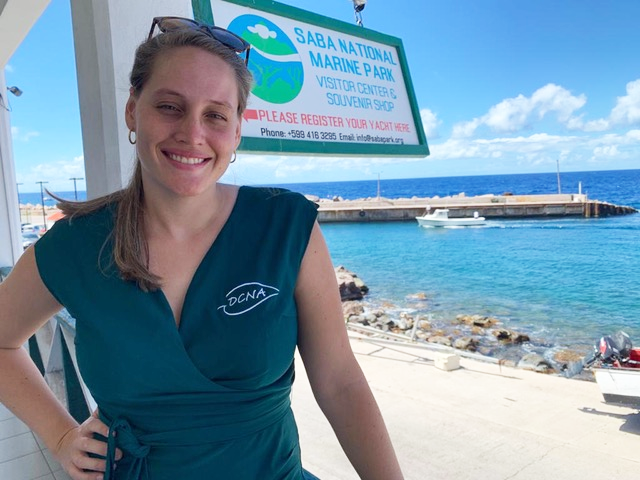