On October 22st, 2021, the first ever recorded Diadema sea urchins in the Caribbean were cultured on Saba. Diadema sea urchins are important grazers and can facilitate corals by reducing their competition with algae. By culturing them, researchers from University of Applied Sciences Van Hall Larenstein set an important step in restocking sea urchins on Saba’s coral reefs. 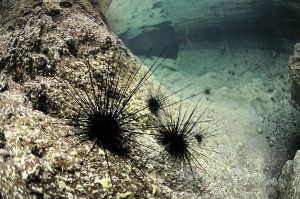 The long spined black sea urchin, also known as Diadema, has been absent on most coral reefs throughout the Caribbean, since 99% of all populations died to an unknow disease in the early 80s. Before the die-off these sea urchins were the major herbivore in the Caribbean, by scraping off and eating the seaweeds. After the mass mortality, Diadema sea urchin populations never really recovered and most reefs nowadays are dominated by macroalgae. Restoring Diadema populations is therefore seen as key priority in Caribbean coral reef management.

Culturing Diadema and releasing them in the wild would speed up the recovery of this keystone species. Unfortunately, the culture of Diadema is very hard, due to the sensitive nature of the larvae. It has been tried several times, especially in Florida, but despite some successes, a consistent method was never developed. In 2020 a new culture method was developed in The Netherlands by researchers from University of Applied Sciences Van Hall Larenstein, making it possible to consistently culture Diadema from tiny larvae to juvenile sea urchins.

In July of this year the research team moved their culture efforts from the cold and not so tropical Netherlands to the Dutch Caribbean island of Saba, in an attempt to culture juveniles near the reefs where they are much needed. With help of the Saba Conservation Foundation, the first larvae have successfully been cultured and settled, resulting in the first 19 Caribbean cultured Diadema sea urchin juveniles! The first 19 cultured Diadema are raised in captivity until they are big enough for release in the wild, where they can graze away the algae that are smothering the corals and prevent new corals from settling. 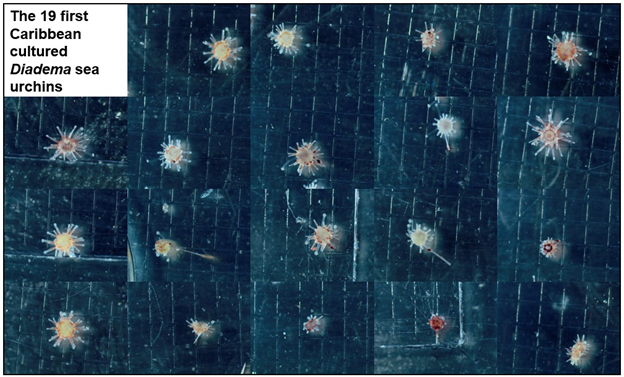 The next step is to upscale cultivation, with currently over 3000 larvae being cultured. If this approach is proven to be effective on Saba, it can be copied throughout the Caribbean. By removing their most important competitors, Diadema sea urchins can help coral reefs to cope with other stressors like climate change and pollution. 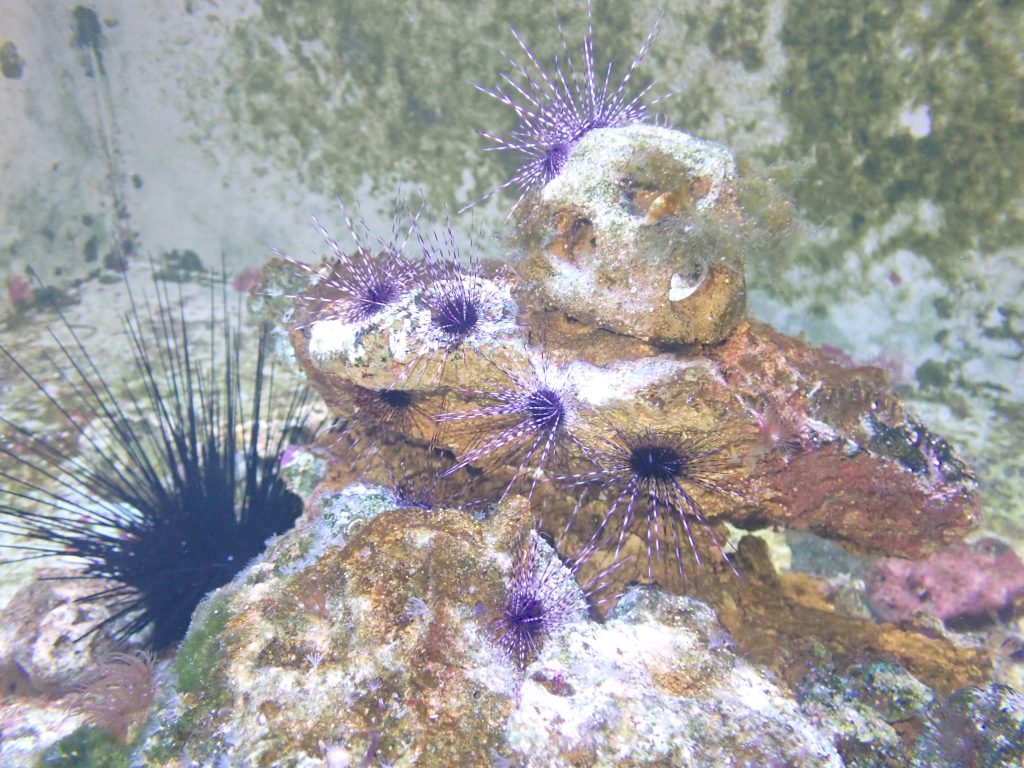 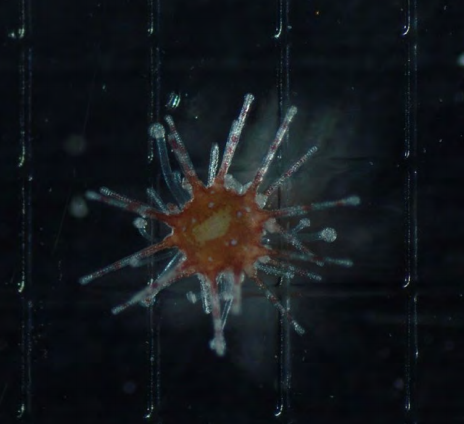