Results from a 2020 study highlight the interconnectivity between watershed areas and neighboring coral reefs on the island of Bonaire. This study provided evidence that coral reefs near areas with high erosion risk were more likely to show signs of deteriorating health than neighboring reefs. New emphasis on watershed-to-reef management will be critical for designing future conservation plans.

Coral reefs around the world are facing unprecedented stressors that are threatening their very existence. Although global stressors, such as sea level rise or ocean warming, can’t be managed at the local level, there are a variety of other stressors which we can control locally, such as overfishing and coastal run-off. Minimizing these local stressors can help improve overall reef health and improve resilience against global stressors.

New research has highlighted the interconnectivity between land and sea, with pollutants from land-based run-off now being identified as one of the most threatening local stressors for coral reefs. This influx of sediment, nutrients and pollutants creates an environment more favorable for fast growing algae which out compete and smoother coral. Man-made changes to the environment, through overgrazing, clear cutting of vegetation, increased agriculture and urbanization creates situations where these land-based pollutants can more easily enter the sea.

The watershed area is an area on land which drains into the nearest waterbody. Environmental factors such as rainfall, slope conditions, ground vegetation and sediment type all play important roles in how much land-based run-off eventually ends up in neighboring waters. Previous studies have found that coral
reefs in areas with high land-based run-off often have a less diverse coral population, less coral cover, and are more prone to coral disease and algal overgrowth. 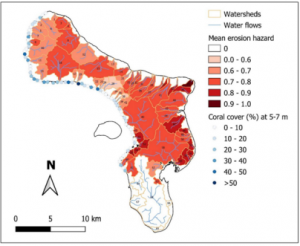 Annex 6: Percentage coral cover at the lower terrace reef zone at the leeward reef of Bonaire in relation to watershed-specific mean erosion hazard and water flows

Within the context of the WUR Knowledge Basis project ‘Nature inclusive planning on small tropical islands’, researchers from Wageningen Research studied the existence of a watershed to-reef relationship for the island of Bonaire. The goal was to assess the link between watershed specific erosion hazard with neighboring coral reef health. Bonaire’s landscape is predominately tropical dry-shrub and receives an average of 500 mm of rain each year. Due to the fact that most of the island is porous limestone, there is not much water retention, leaving most of this rain to flow directly into the sea, taking land sediment and pollution with it.

The study used digital elevation maps to define the various watershed areas of Bonaire, after which an erosion hazard was assigned to each watershed based on its physical characteristics, namely slope and vegetation cover. The idea is that areas that are steeper and have less vegetation are at higher risk of erosion. In general, the study found that watersheds containing urban areas, such as Kralendijk, had relatively high erosion risk due to low vegetation cover. 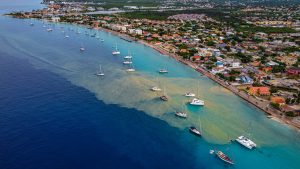 These results imply that corals living at the shallow reef suffer more from land-based run-off than those living at the deeper reef. This could be attributed towards the shallow reef being closer to the point source where the land-based run-off enters the sea, but also towards currents generally being stronger at the deeper reef, causing stronger mixing and dilution of terrestrial run-off.

Coral reefs serve as a defining attribute for Bonaire; providing economic, cultural and environmental benefits for the entire island. Historically, coral reef management has mostly focused on marine-based activities, however, studies such as described here show the importance of a more integrated and holistic approach. Using a “watershed-to-reef” methodology captures the need to mitigate land-based threats in marine conservation plans. Efforts to improve vegetation cover, water treatment and minimizing pollution will contribute greatly to the overall reef health. Working towards a healthier reef will not only benefit local economies in the short term, but will also make these environments more resilient to the effects of climate change. 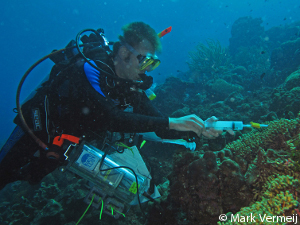 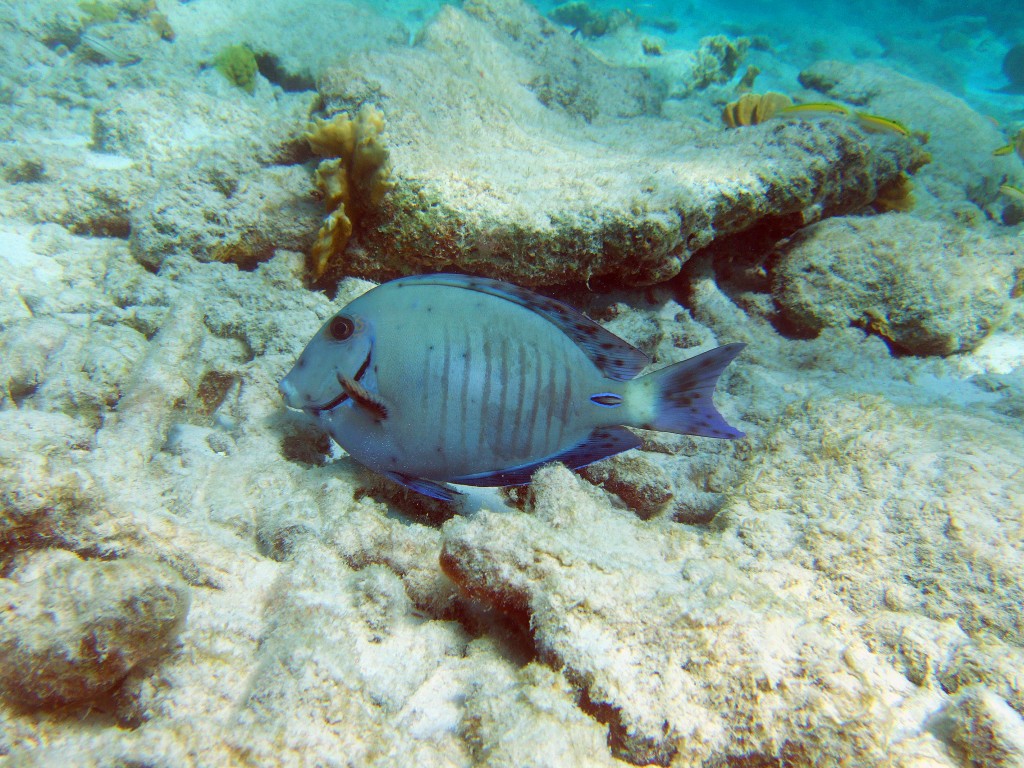