The St. Maarten Nature Foundation recently retrieved acoustic receivers (loggers) to learn about the movement patterns and home ranges of Caribbean reef and Nurse sharks around St. Maarten. The majority of the sharks fitted with acoustic devices showed remarkably high site fidelity. The small home ranges of the sharks show that reserves and marine parks offer good opportunities to protect these shark species.

Nurse shark and Caribbean reef shark behavioral studies are carried out using VEMCO acoustic telemetry. Acoustic telemetry is a technique which enables researchers to track animals underwater such as sharks, using transmitters attached to the animals internally in combination with acoustic receiver stations setup throughout the study area. Acoustic transmitters were implanted in the abdominal cavities of the sharks to allow for each shark to be tracked over a long period of time. The acoustic receivers register the unique code of a shark, along with the time and date when the tagged shark swims within the detection range
of the receiver (max 800m from the receiver in optimal conditions).

In total, a network of 32 acoustic receivers have been set up, eight of them on the Saba Bank and the remainder on Saba, St. Eustatius and St. Maarten (8 each). These studies were set-up by Wageningen Marine Research in close cooperation with the local Protected Area Management Organizations, and funded by the Dutch Ministry of Agriculture, Nature and Food Quality (LNV) and DCNA (Postcode Lottery project Save Our Sharks). In addition, tagging sharks on St Maarten is kindly funded by private funders through their “Adopt a Shark Program”. Pilot studies on Saba started in 2014 and expanded to the Saba Bank and the other islands in 2015. 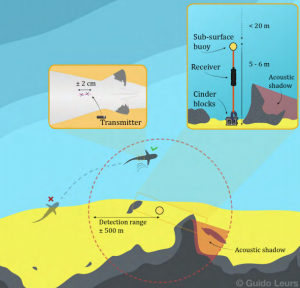 With this study, individual movements and scale of home ranges can be assessed. The first intriguing finding is that the majority of the sharks fitted with acoustic devices showed remarkably high site fidelity. This is not too surprising for nurse sharks, which spend much of their time lying on the bottom in and around coral reefs, but is much more surprising for Caribbean reef sharks which are considerably more mobile. The small home ranges of the Reef and Nurse sharks show that reserves and marine parks offer good opportunities to protect these shark species.

Darwin, is a very adventurous male Caribbean Reef Shark. His home base is the Man of War Shoal Marine park where his tag is picked up by the receivers at Mike’s Maze, Tiegland, and Fishbowl very often. But Darwin did spend some time traveling all around the island, going as far east as Pelican Rock and as far west as The Gregory (near the French boarder).

These solo trips are dangerous for sharks this size (1.65 meters at the time of tagging) as predators can be found in the deeper waters they must pass through. 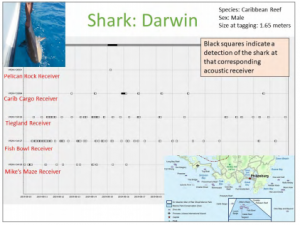 Shark, Noon, is a female Caribbean Reef Shark and is very active. When she was tagged Noon was 1.86 meters long (just over 6 feet). She spends the majority of her time within the Marine Park bouncing between the Tiegland, Fish Bowl, and Mike’s Maze Receivers. Noon did also take a couple of trips around the island visiting Carib Cargo, traveling all the way to Pelican Rock, and even going as far west as The Bridge Dive Site.

Taking these trips, in particular the one to Pelican Rock, is a dangerous feat for a shark this size as large predators can be found in the deep waters she needs to cross to reach these sites. 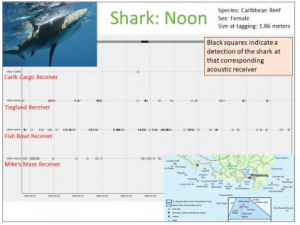 This shark, Griffin, who was adopted by Learning Unlimited, is a female Caribbean Reef Shark. Griffin was originally tagged near the dive site Carib Cargo, which seems to be her ‘home base’ as she spends the majority of her time there.

While she spends most of her time near this beautiful wreck she has traveled through the Man of War Shoal Marine Park, with her tag being picked up at Mike’s Maze, Tiegland, Fish Bowl, and even Pelican Rock. 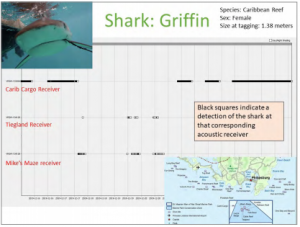 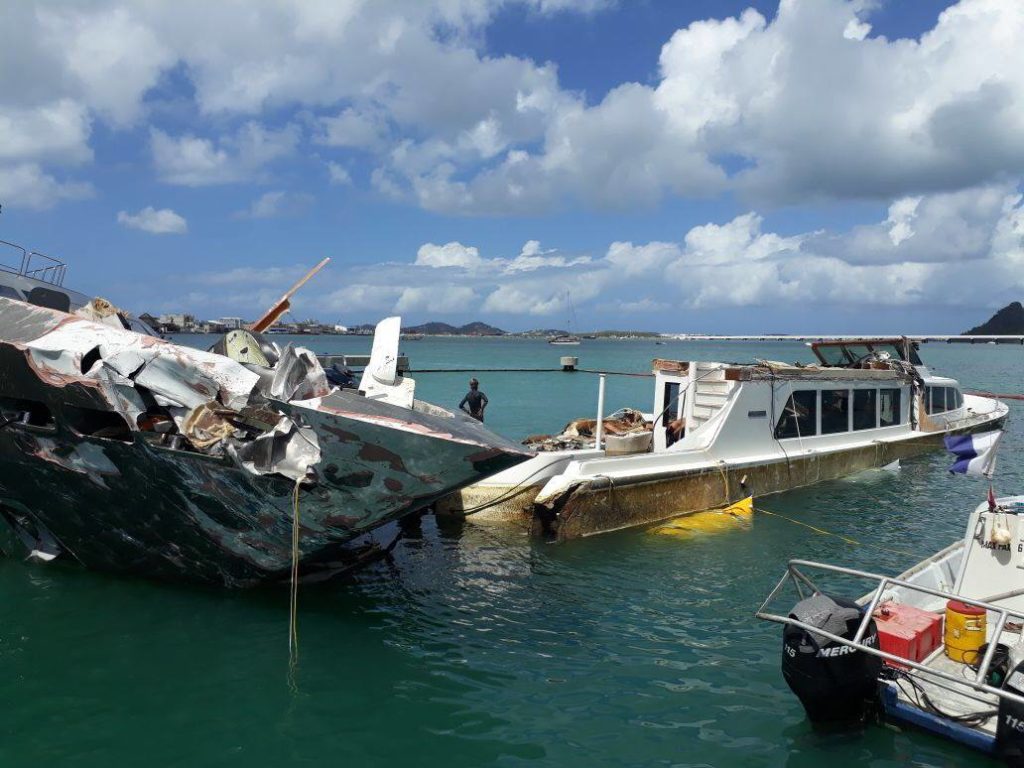 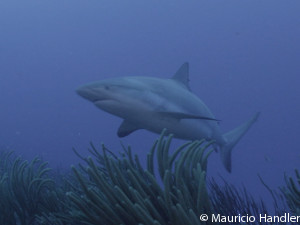