Global Biodiversity Information Facility (GBIF) provides a global platform for citizen scientists to upload biological observations from anywhere in the world. Through digital uploads of observations and photographs, this database contains millions of validated observations which can be used by researchers, policy makers and conservationists to gain insight into changes and trends in the environment. Recently 42,000 observations from the Dutch Caribbean (reported in dutchcaribbean.observation.org) were added to GBIF. Photo-supported observations are an important source of biodiversity data and enable interested citizens to actively contribute to scientific
knowledge about biodiversity.

With the widespread use of smartphones, now the everyday citizen is carrying around the key to unlocking some of science’s biggest mysteries in their back pocket. Everyday people may come across rare or endangered species, and by simply taking a photo and uploading it to the internet, can give scientists a whole new avenue for data. Recently, over millions of such sightings were added from the citizen science platform Observation.org to the international Global Biodiversity Information Facility (GBIF) database.

Since 2018, GBIF also included information from the Netherlands’ largest citizen science platform for nature observations, Waarneming.nl, which has contributed more than 26 million validated Dutch observations. This year, 2020, has seen even more contributions. With the addition of sightings from Observation.org worldwide, nearly 58 million validated records have been uploaded into GBIF. This includes 42,000 observations from the Dutch Caribbean sub-site of Observation.org. By adding these data, the Observation.org dataset has become the 3rd largest dataset on GBIF. All of this information is now available to the general public, researchers and policy makers worldwide. This information has already proved to be quite valuable, with over 26,000 downloads and 69
citations of Observation.org in scientific articles.

Sightings from Oberservation.org are held in high regard, as this platform requires that all entries must go through a validation process once uploaded. Here image recognition, statistics and expert judgment are used to confirm the sighting before it can be made publicly available on the database. This resource has already been instrumental in detecting trends, such as shifting distribution of species due to climate change and early detection of harmful invasive species. 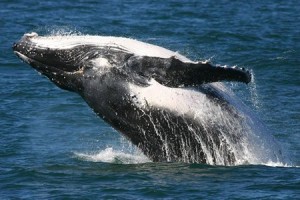 If you’ve happened to observe something interesting in nature, report your sighting on the website DutchCaribbean.Observation.org or download the free app (iPhone (iObs) & Android (ObsMapp)).

Observation.org is a free website and provides free apps which can be used not only by biologists but by all citizens and tourists to report sightings of any animals and plants. It is available in more than 40 languages. The species reports by local communities are very valuable for nature conservation organizations and scientists to learn and protect the species on our islands. For more information contact research@dcnanature.org. 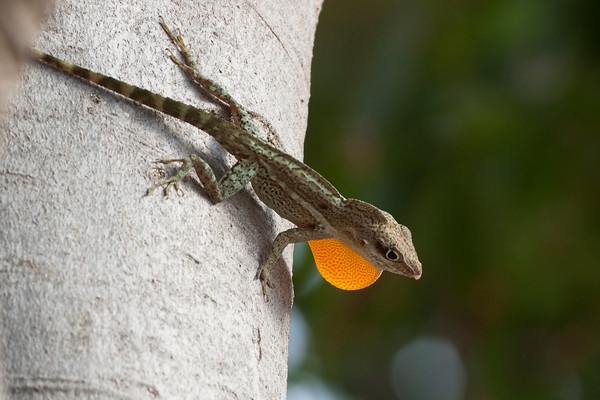 Diurnal reptile is found to be active during full moon

All DC islands
Generally, species are described as being diurnal or nocturnal active, depending on physiological limitations; diurnal species… Read more >